Two 15 year olds have banked the biggest catfish of the year from Messingham Sands Fishery. 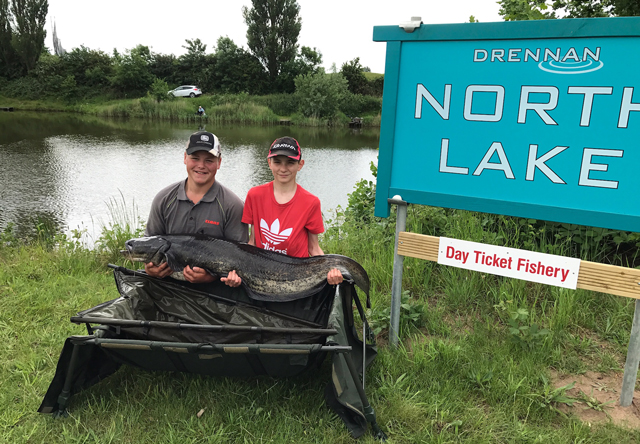 The huge 44lb catfish caught was taken from the North Day Ticket Lake at the Scunthorpe venue by Ryan Elviss and Harry Poole. The fish was caught during the daytime, fishing close in with a snowman pop up rig intended for carp. Ryan hooked the fish but it took the pair of them to net the impressive beast after a 15-minute battle.

Fishery manager Kevin Johnson commented, “That’s the biggest catfish to come out of the North Day Ticket Lake to date, although there’s a very good chance that there’s an even bigger one swimming in there. The biggest cat in the South Lake was caught over two years ago weighing 47lb. I expect that fish could well be over 50lb when it gets caught again.”

Learn more about Messingham Sands in our Fisheries section.