A bream angler who endured 150 nights in search of a new personal best finally struck gold when a recent session yielded specimens of 16lb 8oz and 17lb in just a five minute window. 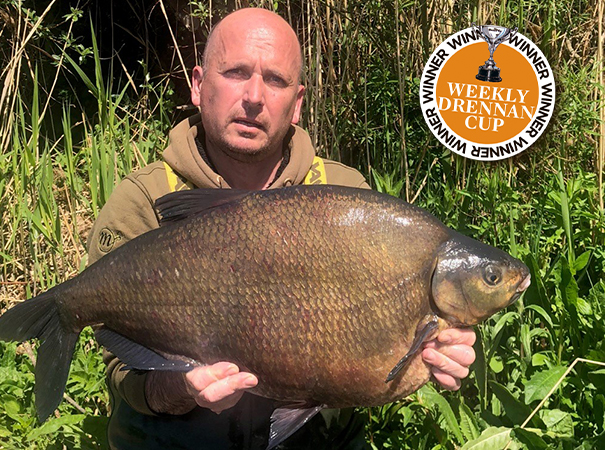 44-year-old Joiner Lee Snow had been targeting a tough southern gravel pit that he knew held monster bream but was made to wait for his prize after a string of blanks for the species.

He told Angling Times: “As you can tell I’ve not had a lot of luck with the bream at all, I’ve just not been able to get among them.

“The pit has a very low stock and at 100-acres it’s very difficult to locate where they are, although on this session I found a silt gulley at 180 yards from the bank and decided this was my best chance of a bite.

“I spent five days fishing to make sure I did!”

In order to present his baits perfectly the Leicester-based rod used a boat to introduce his feed and rigs.

Over the five days he fed a gallon of maggots, hemp, sweetcorn and pellets to which he fished fake maggot and real corn hookbaits over the top – but it wasn’t the bream that struck first…

“My first take of the trip was from a 9lb 9oz tench which was a new personal best for me.

“I then had a crazy five minutes where I managed to bank the two bream.

“My previous personal best for the species was 15lb 9oz so it was brilliant that I managed to break it twice in such a short space of time…albeit I had to wait a very long while to even get these bites!

“Two days later i had a 36lb 5oz mirror carp which was another personal best!

“I must admit that I was bream fishing and those captures are my biggest achievement from the trip, but I’m absolutely delighted to have beaten my tench and carp PBs along the way too.”