Congratulations to Drennan Leicester’s Roger Marlow and Dean Guest for finishing runners up in the inaugural Angling Trust and Canal & Rivers Trust Canal Pairs Final.  The Final saw 51 pairs lining the towpath of the popular Dams & Locks section of the Birmingham & Fazeley Canal in Minworth. Champions on the day… Read more

Roger Marlow has won the 2015 Veterans National Championship with over 100lb of carp.  The England Veteran and Drennan Leicester team man caught 118lb 12oz from Peg 15 on Lake 5 at Makins Fishery. His catch included over 20 carp, including two double-figure samples, plus around 14lb of smaller skimmers. “I quite fancied… Read more

Drennan Leicester and Drennan Oxford have both made it through to the Evesham Angling Festival after top-three finishes in last weekend’s Match Fishing Team Championship qualifier. In an ultra-tight finish, Sensas Black Country won the 14-team event with a 58-point tally. Drennan Leicester were just two points behind on 56… Read more

Aaron Wells has managed to land a colossal 14.4kg (Almost 32lb) grass carp with his Acolyte Carp pole during a pairs competition in France. The Drennan Leicester team man caught the fish during the Carpo-Dream Masters two-day event he was fishing with team mate John Shellard. “I hooked it with 15 minutes of the… Read more 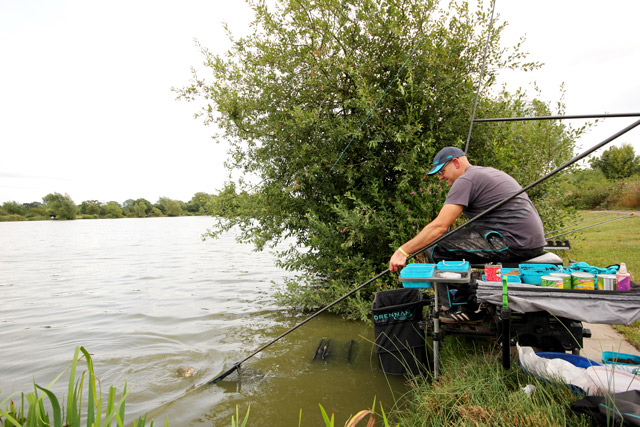 Roger Marlow and Dean Guest are through to the inaugural Canal Pairs Championship after a wind-lashed day on the Loughborough Canal qualifier.  “After drawing peg 27 on the Hawes Plant Hire section I got to my peg with an open mind,” Roger explained. “With winds up to 40mph I decided to concentrate on… Read more

Roger Marlow managed this healthy 8lb+ catch in just a few hours during a practice session on the River Soar in Leicestershire.  The England Veterans squad member caught them all on bloodworm over groundbait and with extremely strong winds to contend with he chose to fish a 4g pole float at nine metres…. Read more