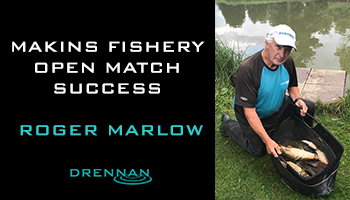 A string of results for Roger Marlow at the prolific Makins Fishery  Part of Rogers 97lb 15oz net of Carp from Reptile lake  Roger has been getting in amongst some margin fish at Makins fishery and had two back to back good results from two different pools. Worm and Maggots… Read more 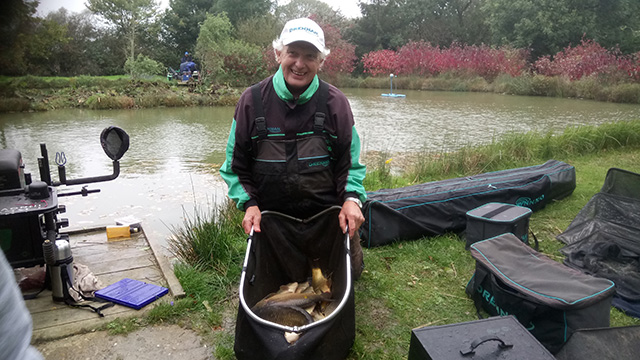 Roger Marlow overcame the elements to win the latest Veterans Open at Lakeview Fishery with a 59lb 5oz net, comprised of 35 F1s and stockie carp plus a lone barbel. The match was held on Canal Lake, which sits atop a hill at the Leicestershire complex and is always a… Read more 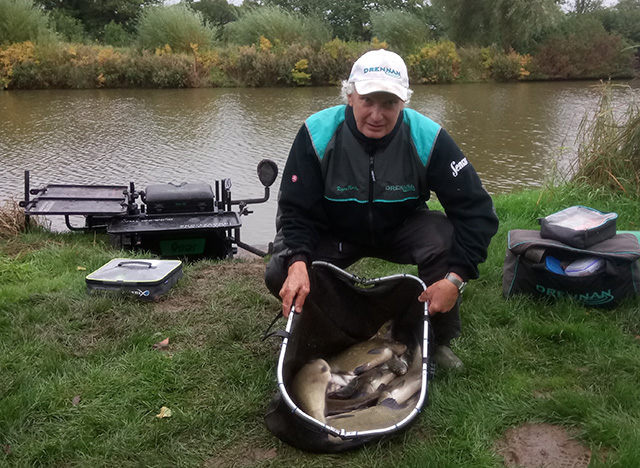 Roger Marlow won a recent 30-peg open at Lake View Fishery with a fine 108lb 12oz catch. The Drennan Leicester veteran drew Peg 13 on Stream pool and chose to fish pellets to the central island at 13 metres . “I caught all my fish over to the far bank, a… Read more

Congratulations to Drennan Leicester’s Roger Marlow and Dean Guest for finishing runners up in the inaugural Angling Trust and Canal & Rivers Trust Canal Pairs Final.  The Final saw 51 pairs lining the towpath of the popular Dams & Locks section of the Birmingham & Fazeley Canal in Minworth. Champions on the day… Read more

Roger Marlow has won the 2015 Veterans National Championship with over 100lb of carp.  The England Veteran and Drennan Leicester team man caught 118lb 12oz from Peg 15 on Lake 5 at Makins Fishery. His catch included over 20 carp, including two double-figure samples, plus around 14lb of smaller skimmers. “I quite fancied… Read more