After what seems like a year of wet Sundays everyone was relieved to see a dry forecast for this 2nd round of the Angling Trust’s East Midland Winter league on the Old Nene at March. 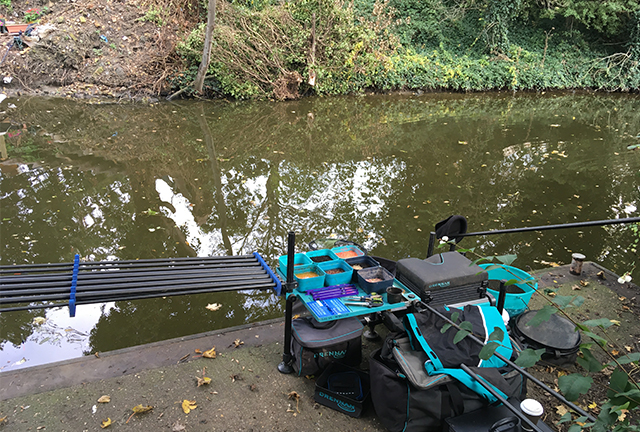 Despite recent wet weather the river held very little colour and very little flow! I was handed peg C1 which is the first peg above the town bridge and currently the inform area to draw. Today there would be no room on my roost for lightly strung out rigs as prematch predictions pointed towards needing in excess of 20lb for good section points and over 30lb to stand a chance of winning my section! With my peg being about 4 feet deep down the middle, I assembled rigs ranging from 0.6g – 1.25g all in my favourite “bagging” float pattern the Drennan AS8. Shooting was a simple bulk and one dropper. Hooks were the ever faithful combination of Drennan fine match 18’s to an 0.095 (1.3lb) Drennan Supplex Flurocarbon hooklength.

On the whistle I cupped in 3 balls of Evolved baits, River & Drain (70%) and Big River (30%) natural grounbait. This is a lovely sticky mix that takes in lots of water allowing me to add plenty of squatts and pinkies to my feed balls. I started on a 0.8g rig and actually fished this rig for most of the match, only needing to change the colour of the float tip between red and yellow as the day went on due to the constant light changing combined with the reflection of the far bank!

I had a simple match really by fishing down the middle of the river on a top 4 kit plus 1 section (the extra line above the float helps keep the pole tip away from the fish). Then by regularly topping up with balls of groundbait (I fed almost 5 kilos of groundbait throughout the match)I managed to keep bites coming for the duration of the 5 hour match. The last hour was definitely my best hour as due to a breeze blowing down the river creating a tricky skim on the water surface, I made the decision to fish over depth and lay 6” of line on the bottom. This switch brought me a better stamp of fish and had me wishing I’d tried it earlier!

At the final whistle the word on the river bank was that the venue had fished extremely well again and when I was asked to estimate what weight i had caught, I honestly couldn’t say as although i knew I had caught over 300 fish, the stamp of fish varied so much. When the scales eventually arrived a large group of anglers had congregated behind my peg to watch the weigh in and 4 separate weighs later a combined weight of exactly 60lb had been recorded. Back at the draw HQ I found out that not only had I won the match but I had also set a new venue record and more importantly my winter league team Tackle and Bates are still winning the league. 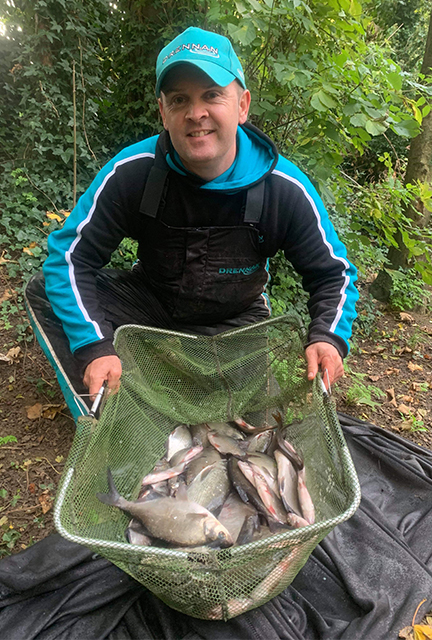