The early morning frost had been sent into retreat by a blanket of low cloud pushing across the land in a southerly direction and duly lifting the temperature by a couple of degrees. 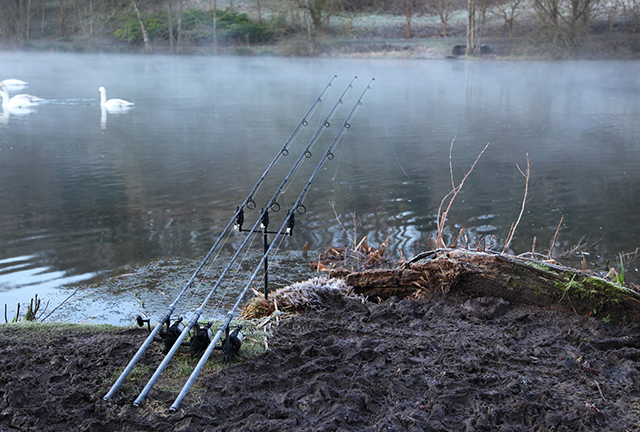 I had witnessed the subtle change first hand sitting patiently by the lake with 3 rods cast into potential feeding spots.  First drips of water fell from sodden leaves once starched in ice and watched then ripples disturbing a placid surface as the wind began to blow.  Most people wouldn’t notice or care about such things but I spend my life trying to predict such events and being in the right place when they happen.  I constantly look at weather forecasts and choose my fishing targets based on these because there are never bad conditions just a wrong selection of species.  This was why I had endured a cold night for a small window of mild conditions when I knew the carp would feed.  I had hedged my bets fishing 2 rods over a kilo of Sticky’s Manilla with the hookbaits having been heavily soaked in glug after being wrapped in tights and crushed to ensure both the inside and outside of the boilie was oozing with attraction.  The third rod had a pineapple and N’butyric wafter on a rig fished on its own in case my quarry chose not to feed very much.

An hour later I saw the first sign as silt was stirred up exactly where the Manilla was positioned.  Something was rooting around and very close to my rig.  I hoped to see the rod tip pull down and the indicator hit the alarm but typically it happened the moment I turned my back!  A fish clad in scales formed like golden sovereigns had made a mistake and I was soon holding a winter carp.  Its downfall was due more to the weatherman getting his prediction right than anything I had done. 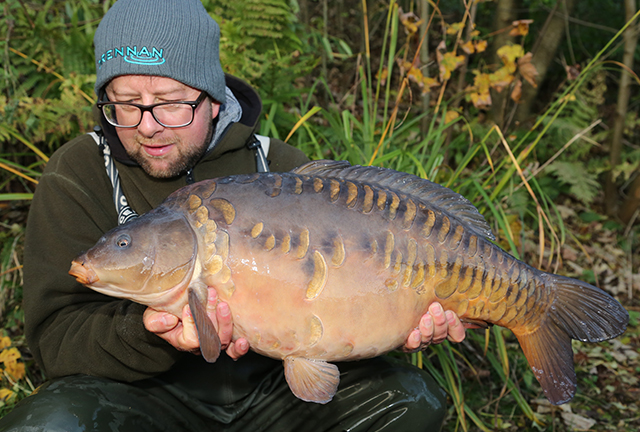 More than in any other season matching the conditions to the species is key to being a successful all-rounder in winter.  Freezing fog, high pressure and a gin clear river might seem like a hopeless task but for the grayling this is the time to feed in earnest.  Their foe is wet, mild conditions that stain the water and make them sulk.  Even when my line is freezing in the tip eye I wander the bank very confident of a bite.  A stout float rod is teamed with 4lb mainline and a large Avon or loafer float to cope with the pace of water that the species enjoys.  Red maggot or sweetcorn is fed on a little and often basis but in any swim more than a few feet it will not be simply tossed in. 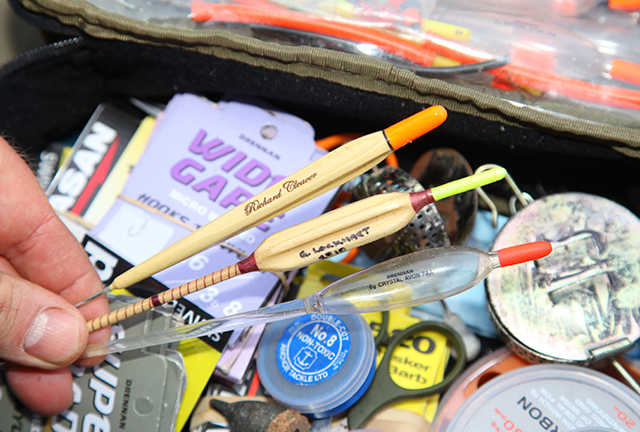 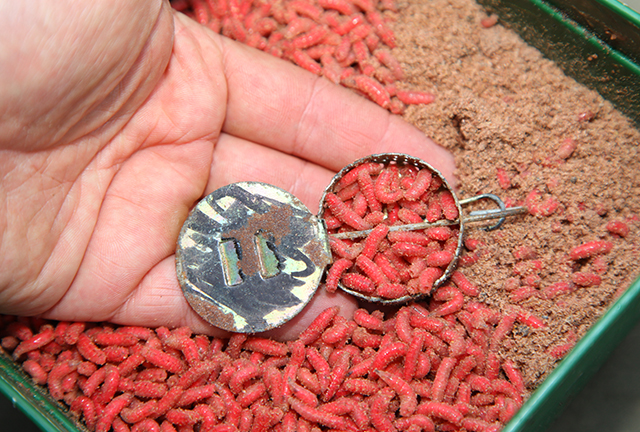 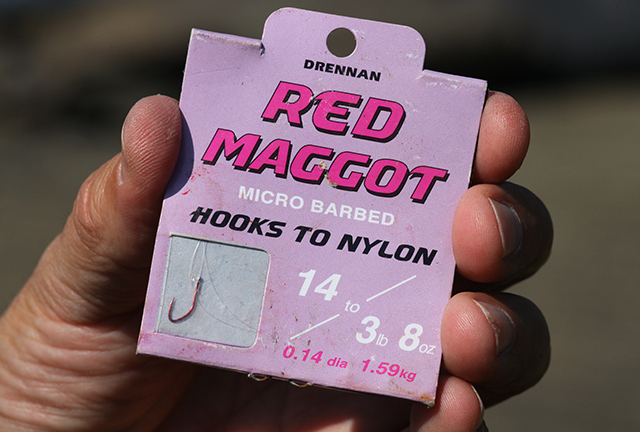 I want to focus the grayling in a single spot and for this a small bait dropper periodically attached to the end of the rod achieves this perfectly.  Soon the grayling will congregate and a mistake will be made resulting in the dorsal fin being erected like a sail testing your hook hold to the limit.  The reason for the tussle will only be partly due to accurate feeding because however well you fished a bite would be impossible in the wrong conditions. 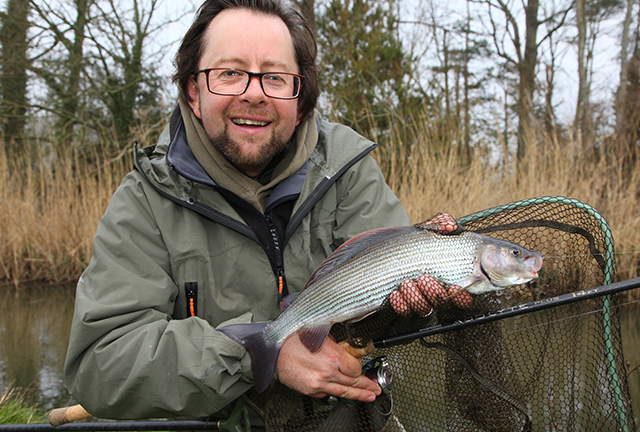 Another great example of this is with barbel that need rising water temperatures generally instigated by low pressure and cloud cover both day and night.  Typically rain also falls causing the river to stain and swell.  In such conditions rigs only need to be very straightforward and you would probably be surprised how simple mine are. 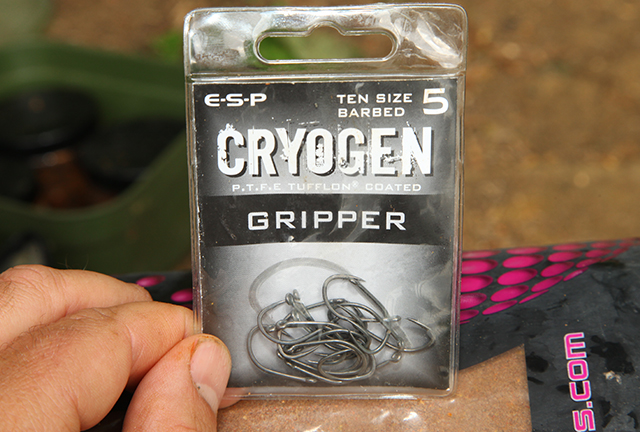 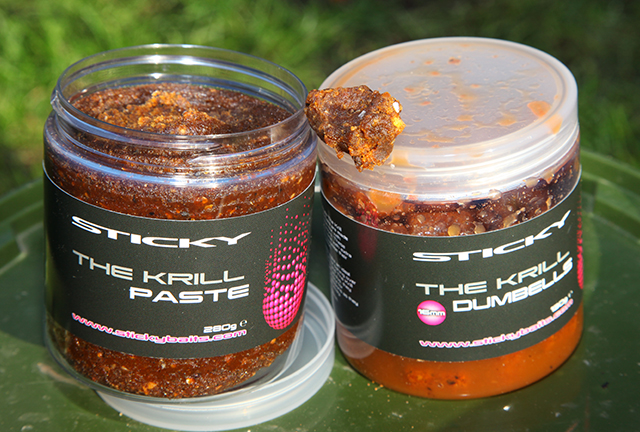 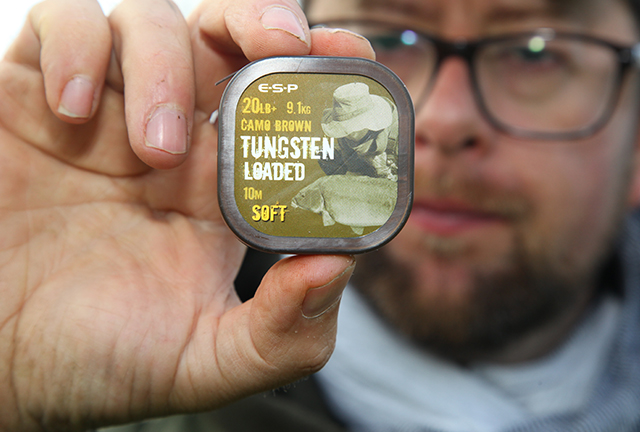 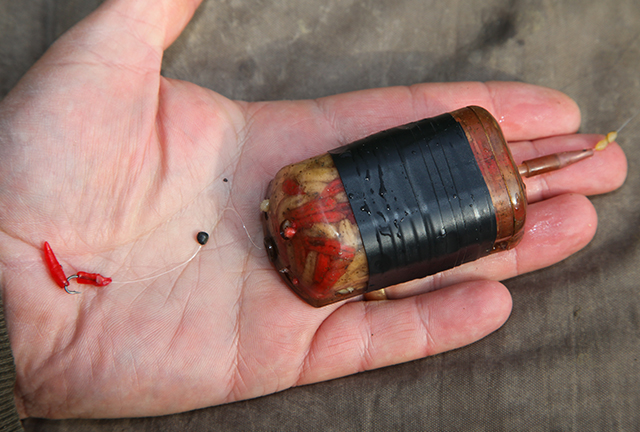 A semi fixed lead is teamed with a long 12-inch plus length of coated braid like ESP Tungsten loaded.  A size 5 Cryogen gripper is then connected via a knotless knot that also creates the hair.  To help pull the hook point into the bottom lip I place an AAA shot 2 inches from the hook.  For bait I use a tried and trusted Sticky Krill boilie soaked in liquid and wrapped in paste for maximum attraction. 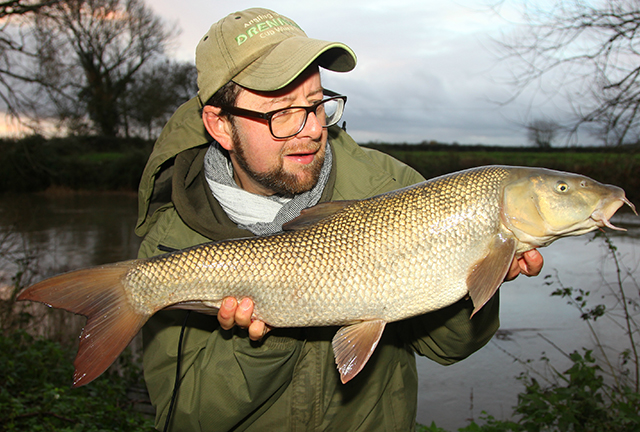 Occasionally a river will run clear and mild and for barbel fishing in these conditions maggots are impossible to beat.  Smaller fish are less of an issue and a morning of feeding a swim by casting every half an hour with a big feeder is almost impossible for barbel to resist.  Better still once their whiskers start twitching they are easy to catch.  Rigs really don’t need to be complicated if the water is warm on a winter’s day. 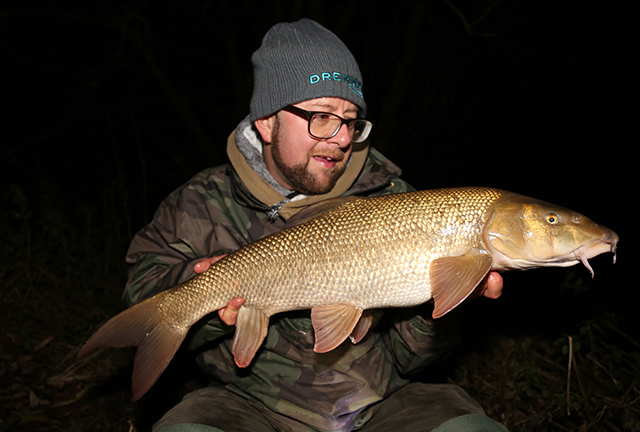 Matching the weatherman’s predictions with your angling is so important and plays a large role in whether you catch or not than any other factor.  To highlight this one final time let’s take a look at a winter favourite, pike, and while temperature can be a trigger I have also found wind to be just as vital.  A millpond surface might look inviting but in my experience the feeding window will be short and restricted to dawn and dusk, even when warm.  Get a good chop on the water and I expect bites all day, in fact a memorable session with three 20s and a 30 was conducted in a gale with white capped waves crashing against the rods.  At a risk of sounding like a broken record the approach required was very simple so fill your phone with weather apps and watch both the long and short term forecasts.  Only once you know what the conditions are going to be should you pick a species and then fishing can be remarkably easy! 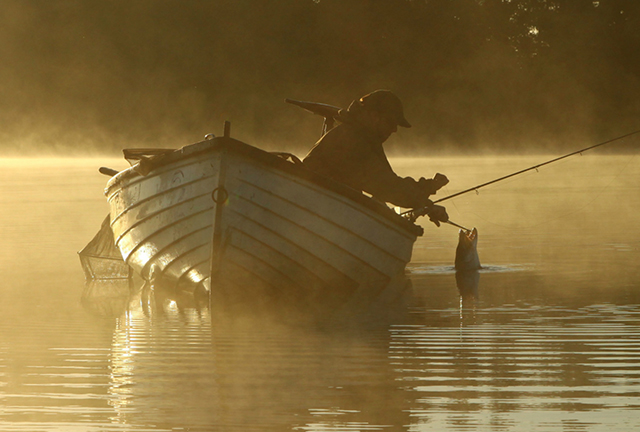 Chub – The temperature can be cold or warm but a lack of rain is key.  Clear water, not coloured, is a favourite of the chub.

Perch – Just like chub they are no fan of coloured water as they are visual feeders so avoid heavy rain.  Perfect conditions on a river are warm and overcast with the water clearing after a flood.

Roach – Colour to the river is key so look for periods of wet weather before you fish to add a tinge to the water, if it is clear and cold only target dawn or dusk.

Dace – Just like grayling I have done well on cold days and they seem to prefer clear water, so don’t worry if there is a frost you still have a great chance.

Zander – Good barbel conditions mean great zed fishing.  Warm and coloured is best but as long as there is poor visibility, even on cold days, zander seem to be willing to feed.