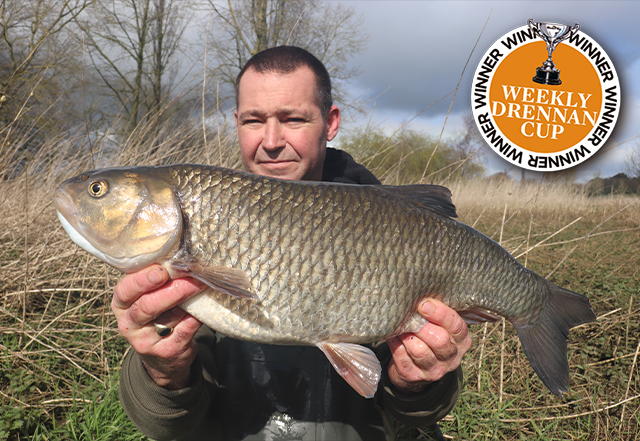 “In the last two weeks of the river season I’ve managed to achieve both! The 8lb-plus chub, (which went 8lb 1oz) came on the last day of the river season from the Dorset Stour. My son Kane and I headed to the stretch with around a gallon of maggots each and I fed a nice crease, with a depth of 5ft, with maggots for about 15 minutes before casting out my float rig. I’d just bought a 15ft Drennan Acolyte rod and this was the first time of using it. After around 45 minutes of trotting the float buried right at the back-end of the swim and I struck into a fish that held deep but it felt like a bream. It didn’t really fight at all. With side strain I pulled it upstream where it just held in the flow, before eventually surfacing. Kane saw the chub and shouted: “Bloody hell, it’s massive!” That’s when it went on a bit of a surge but it soon behaved itself and went in the net first time. It was just one of those days where my luck was in – my tiny size 20 hook to 4lb 12oz hooklink was nicked just inside its lip. My previous PB was 7lb 12oz, which was also from the Stour, and when I was hoisting the fish up to the bank to the unhooking mat I reckoned it was bigger than that. The scales later confirmed it was at 8lb 1oz. What an end to the season.”