A marvel of the British countryside springs to life in the Cambrian Mountains.  Here the boggy land at Plynlimon gathers itself, fuelling an epic journey where the water continues to gain energy as tributaries pour in their peat stained contents… 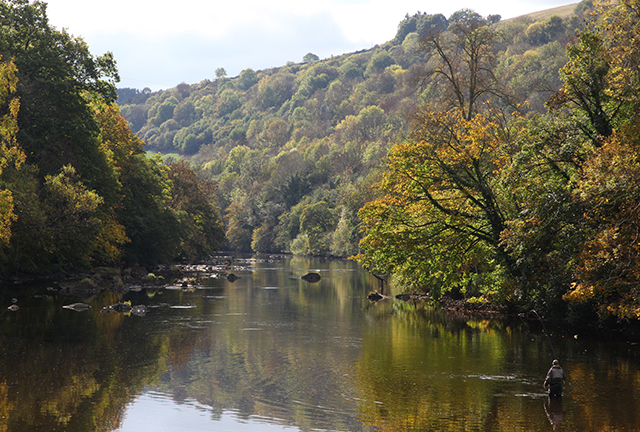 The valley is born as the Wye cuts a meandering course through Wales. Here barbel do not hold sway, leaving the area all but forsaken by the coarse angler.  They have plenty to enjoy downstream but with each mile that the sea gets closer so the word ‘wild’ loses its true meaning.  To experience the Wye properly a visit to where man hasn’t taken the edge off the landscape is a must.  Captivatingly beautiful and likewise so too are the fish you will angle for.

The grayling loves cold water and is why they don’t follow the Wye south and this chill keeps their appearance perfect with brushstrokes of pinks and purples added to a polka dot flank where bronze merges into silver.  A hint of blue highlights the gill and a giant dorsal fin tipped with red acts as a headdress.  Life below the surface is every bit as breath-taking as that above and when, as an angler, you can make the 2 collide then a memory to treasure is made.

The Wye & Usk Foundation have access for all in this area and after securing a booking I made my plans.  A set of chest waders, a net to carry on my back and a fly vest to carry a few bits of terminal tackle meant I wouldn’t be hindered with my idea being to rove all day.  A single rod was all I needed as well which was the gorgeous Acolyte 14ft plus model teamed up with a robust 4lb floating line.  I didn’t believe the grayling would be cautious and taming their fighting qualities would be a much bigger challenge.   A crystal loafer was the float of choice with a micro swivel separating the mainline from the hooklength and a size 14 to 18 red maggot pattern dependent on the amount of grubs I used.  A bait pouch around my waist carrying 3 pints of maggots completed the equipment I required which was then duly loaded into the truck. 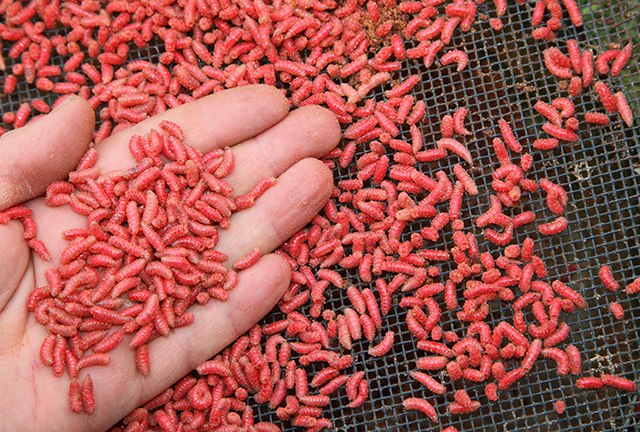 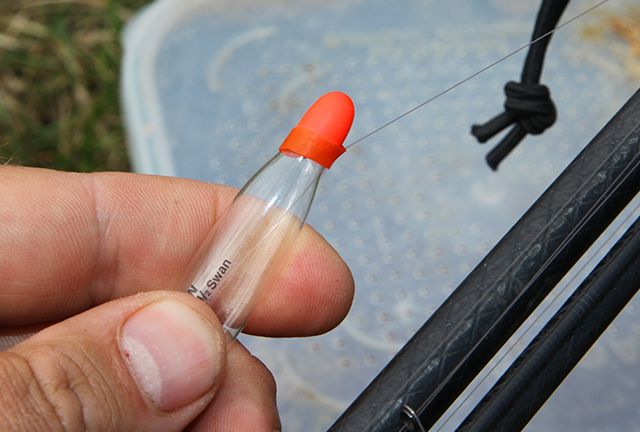 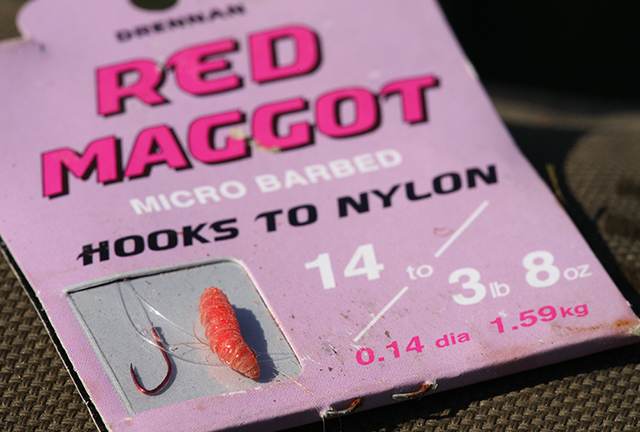 The journey in the morning not only saw me follow the course of the river upstream but a band of mist that put a lid on the valley.  Without sunlight the autumnal colours were sucked out of the scene leaving shades of grey.  The mood however lost nothing and when eventually I waded into the Wye up to my thighs the black and white painting in front of me which I would be adding the only colour to in the form of a red float tip was a masterpiece.  The river spewed around boulders that had been in position for hundreds, if not thousands, of years and here shielded from the cauldron was where I hoped my quarry would be living.

Once in position to trot directly downstream I allowed a handful of maggots to fall at my feet momentarily holding in the slack my legs had created before the river grabbed hold and drew them away, hopefully handing them back to the grayling.  In their wake I allowed my float to follow their journey although twice it was hindered by the hook dragging on the bottom and needed an adjustment by me to set a shallower course.  On the 3rd attempt the float also sank but this was different, vanishing with purpose and so the strike responded in the same manner and I felt a grayling pulse on the other end of the line before it was gone as the hook slipped – an occupational hazard with the Lady of the Stream so I simply shrugged my shoulders and tried again. 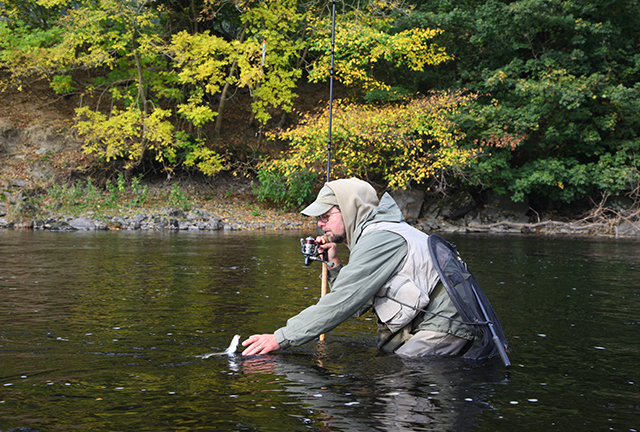 On the 4th trot I wasn’t to be denied and in the shallow water to my left I unhooked a small wild fish among a shoal of swirling fallen leaves.  Not big but beautiful and with it the sun began to break through turning the black and white vista into a kaleidoscope of autumnal colour at which point I concluded that I was possibly fishing the best looking swim in the country.  The more I fed the closer the grayling came, boiling not more than a rod length away and for the next few hours I counted my blessings that I was an angler.  Time finally came for me to explore another beat closer to the source where I had been promised bigger fish lived in a place that also ached with beauty. 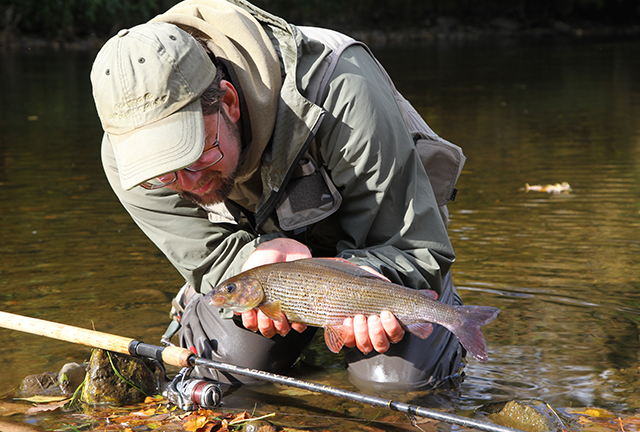 Here I would be wading the river’s course, feeding, fishing and then moving downstream until a 200 yard long glide had been explored.  For a while the float refused to budge until, to my amazement, I noticed a big fish boil at my feet obviously determined to get all the free maggots I had fed.  With the rod directly above my head I placed the float within an arm’s reach and then watched the bite at close quarters.  My strike was hindered but it still made contact, forcing a big red dorsal fin to ride out of the water.  The grayling had been easy to catch but it wouldn’t be to land testing my tenuous link with it time and time again.  It was the perfect place to play a grayling and better still to land one with the net and not my hand essential for this task such was its size.  The scales read 2lb 7ozs, a big fish for the area but it was the scales on its flanks that meant more, each one a work of art!  The glide was to reward me with 2 more specimens that afternoon and provide me with a perfect adventure that I will struggle to better this year. 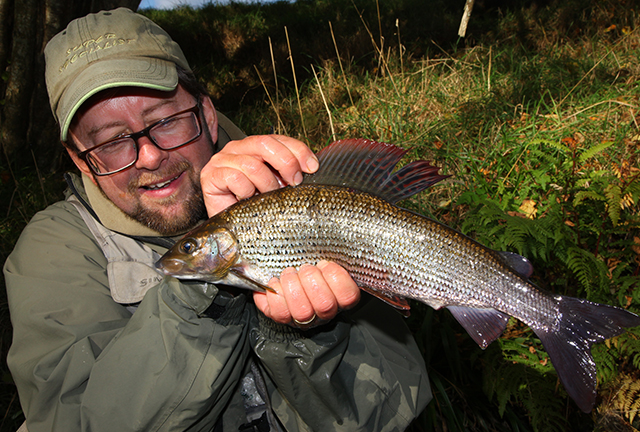 Fishing the Upper Wye and its tributaries is available via the Wye & Usk Foundation and more details can be found at www.wyeuskfoundation.org or call 01874 712074. 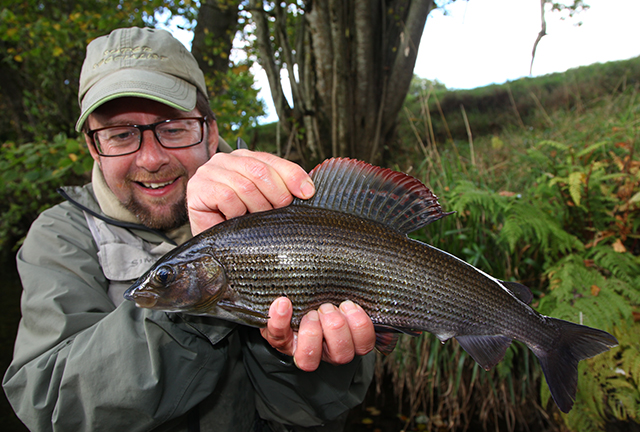