Two different venues and only a limited time to formulate a plan for both which made the fishing very challenging. 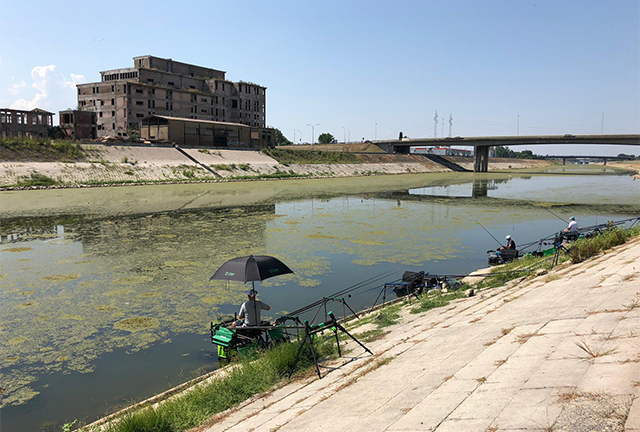 The canal at Novi Sad was probably the most even venue I have ever been on for a world championship. One big problem was that there where two very different match lengths. Two sections above the lock and three bellow the lock with very different sizes of fish to catch. The first day of practice is almost a waste of time regarding tactics as the venue is shut two weeks prier to the event. This means the fish have to adapt to the baits that we introduce. This leaves two days on each side of the lock which simply just isn’t enough time to formulate a good plan for the match.

Above the lock we had larger Catfish in the 100g to 150gram size and good quality Skimmers. Here we had it pretty spot on with a great section first from Matt Godfrey and a second from the ever-consistent Steve Hemingray on the first match day. This was quite simple fishing catching everything at thirteen meters over a bed of course groundbait and chopped worms using worm on the hook. With weights around eight kilos being caught, this was more familiar, therefore suiting our anglers. 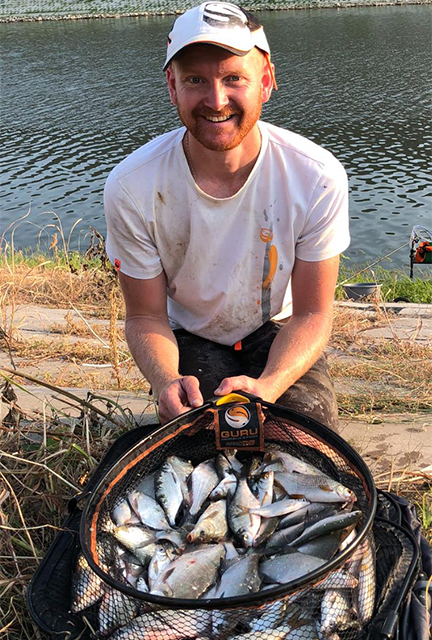 Bellow the lock was a completely different match with the Catfish just 7grams each and the Skimmers also on the small side. It was all down to speed fishing on short whips around three to four meters out from the bank. It was possible to catch an odd Skimmer on the pole at thirteen meters with bloodworm at the very start before being invaded by the tiny cats. You could also nick a couple from a line around seven meters before the cats arrived there also. The rest of the match was fished at close range and this is where we failed to get the feeding and presentation right. We could catch the small Catfish but missed out on the Skimmers and Roach on this line getting the feeding wrong to catch them.

Myself, I had a real struggle in C section with all the top teams in my half of the draw. The sections are thirty-two pegs, and these are divided into two subsections of sixteen pegs in each group. With all the top teams in my half of the split coupled with not quite being on the right method I finished ninth in the section of sixteen. I caught 266 fish but just not enough silverfish to get me up in the section. Another problem was that we just didn’t have enough people on the banks feeding us information during the match with just a skeleton crew. Mark Downes and Darren Bickerton running above the lock Steve Sanders and Sean Ashby running for William and Des. This left me with no runner that could help to keep me in contact with what was happening in my section.

When you look at the French and Italian teams, they have a squad of around fifteen strong! Two runners per angler and I witnessed just how important this was on Sunday when I ran the bank for Steve Hemingray. As team England we used to be the most professional, but we have been surpassed and somehow this needs addressing before we can return to our winning ways. 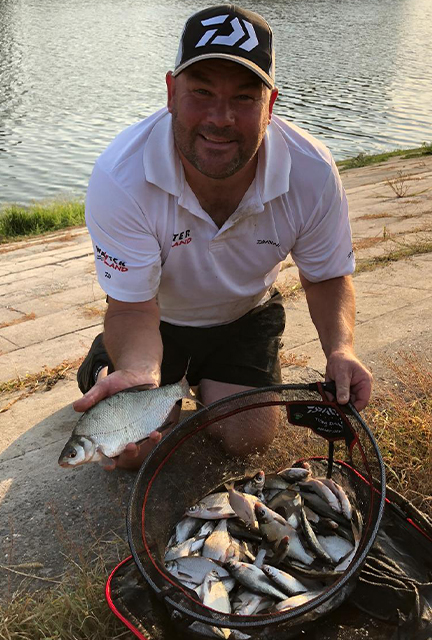 This has been a difficult year for all of the teams at all levels. Catfish have been the prominent species in our last two world championships and the juniors, veterans and the feeder team also were presented with this alien species. For us I still believe 5th overall was a decent result under the circumstances. France managed first overall and were very much at home catching Catfish and Italy second who fish with whips on the majority of their venues. Hungry bordering onto Serbia put a lot of practice on the venue, what chance had we got realistically in beating these teams. Just a reminder how hard it is to win at world level, the French team that won this year, it’s the first time in fourteen years that they have won the gold medal. In this period we as team England have won five times! a great achievement I think.

Looking to next years World Championships in Italy it will again be hard to beat Italy on home soil. We did manage this a few years ago to take gold in Spinadessco but on the Mincho river. Bolognese will probably be the main method, again not something we do on a regular basis. Chub and Scardola will be the main fish to catch and who ever is in the team it will be another monumental effort to get on the podium. 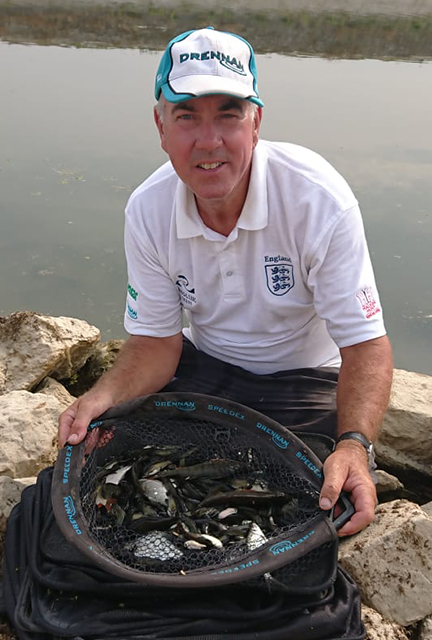