Home > News > Simon Ashton in search of a bumper Roach!

Simon Ashton in search of a bumper Roach!
“A rig overhaul completely transformed my roach fishing” Those were the words of Simon Ashton after a recent roach session. 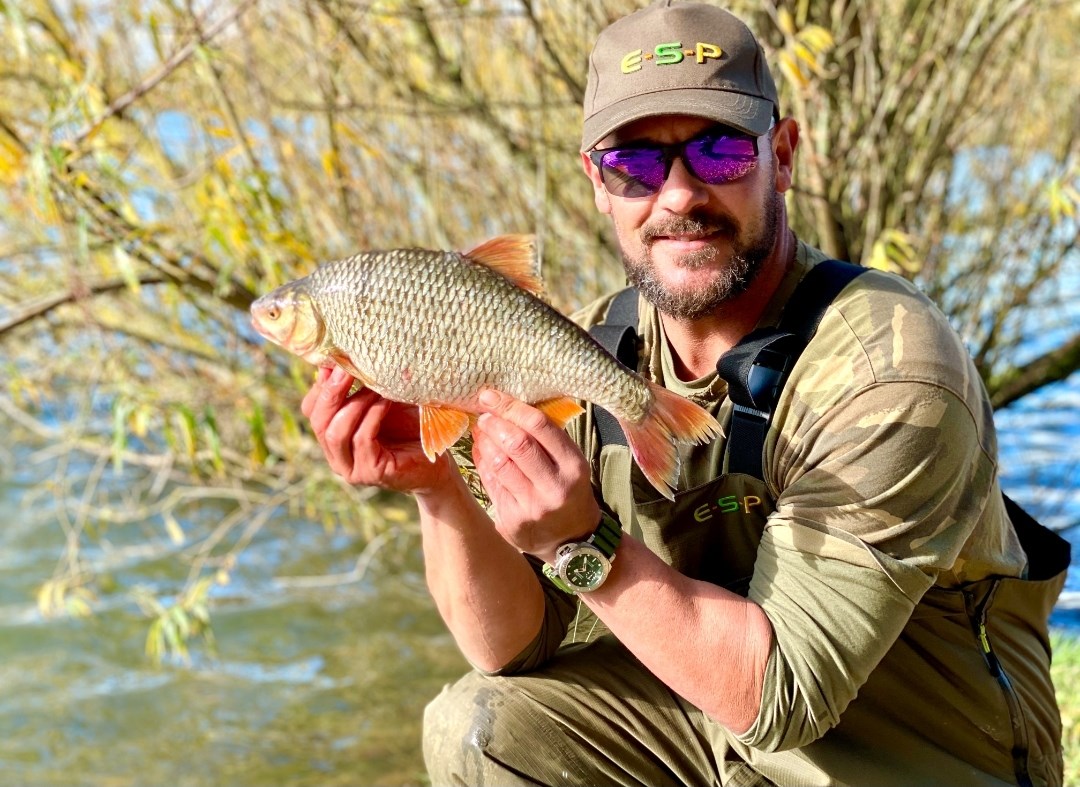 Simon explains “I’ve got complete faith in maggot helicopter-rigs for stillwater roach, but during my latest trip all I could catch using them were tiddlers. By chopping and changing the rig’s components though, I landed my biggest ever English brace of roach weighing 2lb 12oz and 2lb 15oz.

I was supposed to be at Thailand’s Gillhams Fishing Resort, but this was cancelled due to the pandemic. I still had the week booked off work so I headed down from Durham to an Oxfordshire stillwater hoping to latch into a 3lb redfin. 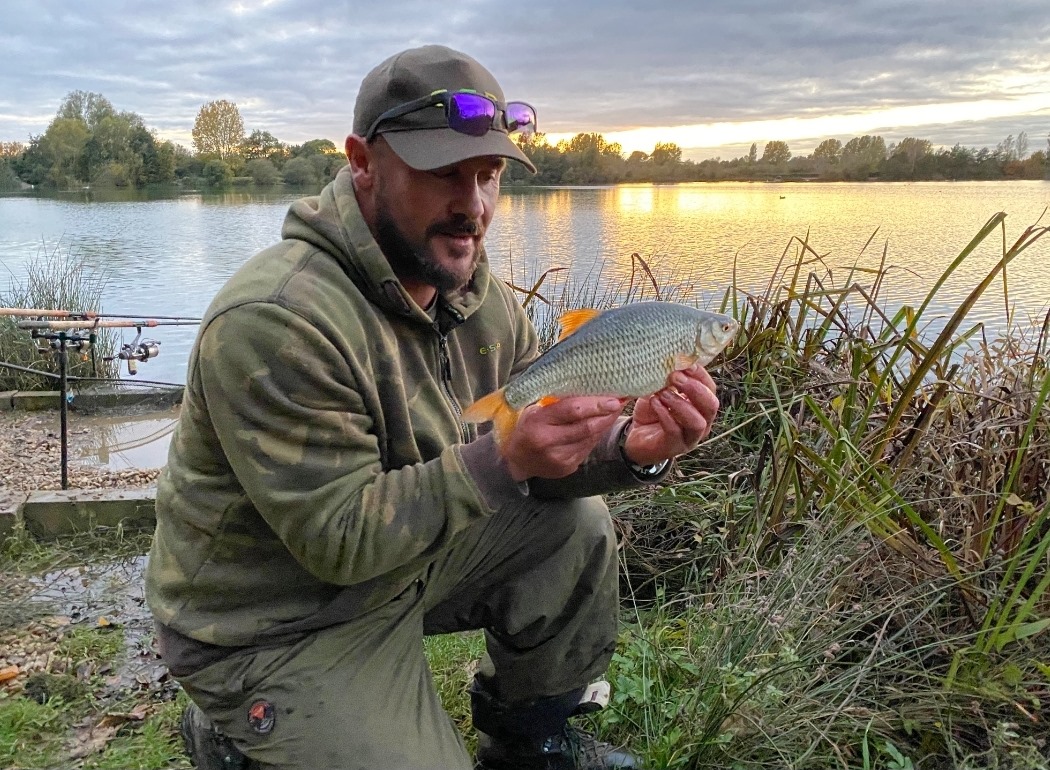 I arrived on the Sunday afternoon and after setting up in an open-water swim which had an area of clean gravel 50yds out, I cast my rigs to the mark. They incorporated 45g feederbombs filled with maggots and a size 16 hook carrying two red grubs. For the next 12 hours I was constantly recasting the feeders and getting plagued by small roach and perch. They were doing my head in so, I delved into my tackle box for a solution.

My feeders were being pulled around so the first thing I did was swap them for heavier 2oz versions, before upping the size of my hooks to 12. The maggot hookbaits were also getting sucked dry so they were replaced with two sections of dendrobaena worm. After rebaiting the swim with a few Spombs of hemp and chopped worm, out the rigs went and I sat back in my bivvy, sheltering from the wind and rain.

It turned out that I didn’t stay dry for long, as the rig change made an immediate difference! Over the next 96 hours I had bite after bite, landing a 19lb common carp, five perch to 2lb 6oz and more than 20 roach over 1lb. More importantly, I was no longer getting plucks and rattles from nuisance fish. 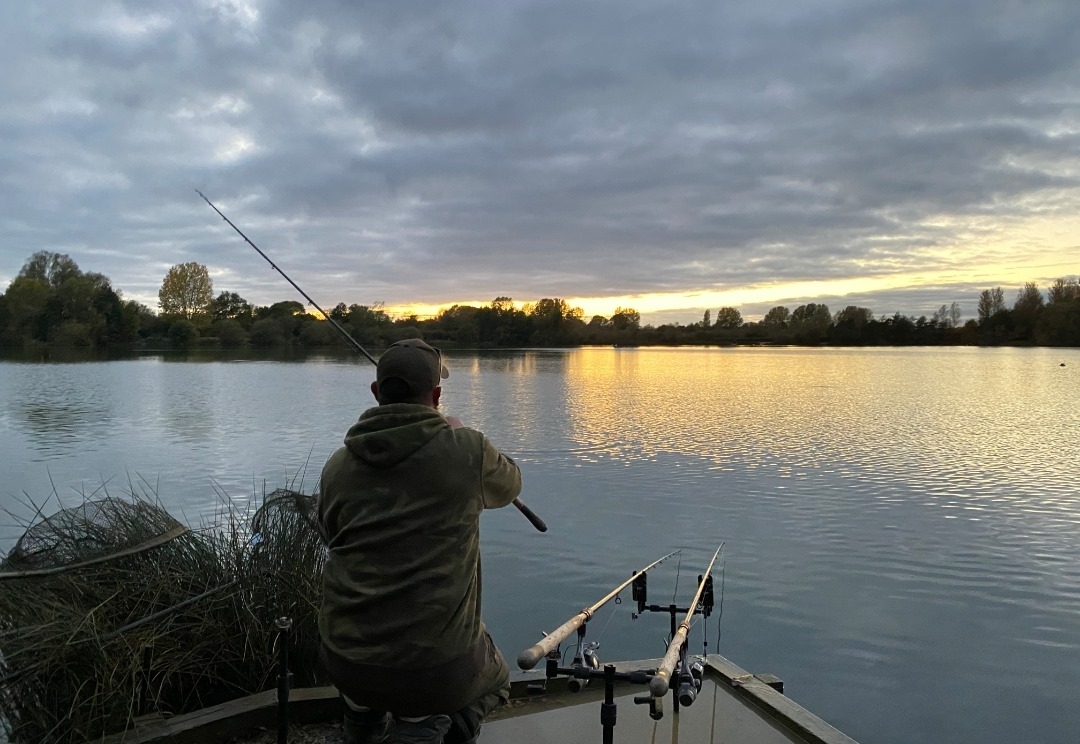 At 5pm on the Tuesday I netted an immaculate roach of 2lb 12oz, but this was bettered less than 24 hours later by an even bigger specimen. This fish made me think it was a tench as it took line straight away, before revealing its identity by jumping like a trout as it approached the net!

The sight of this thing clearing the water was incredible, but not as good as seeing the needle on my scales spin round to 2lb 15oz. It’s safe to say that I now have a new favourite stillwater roach rig.” 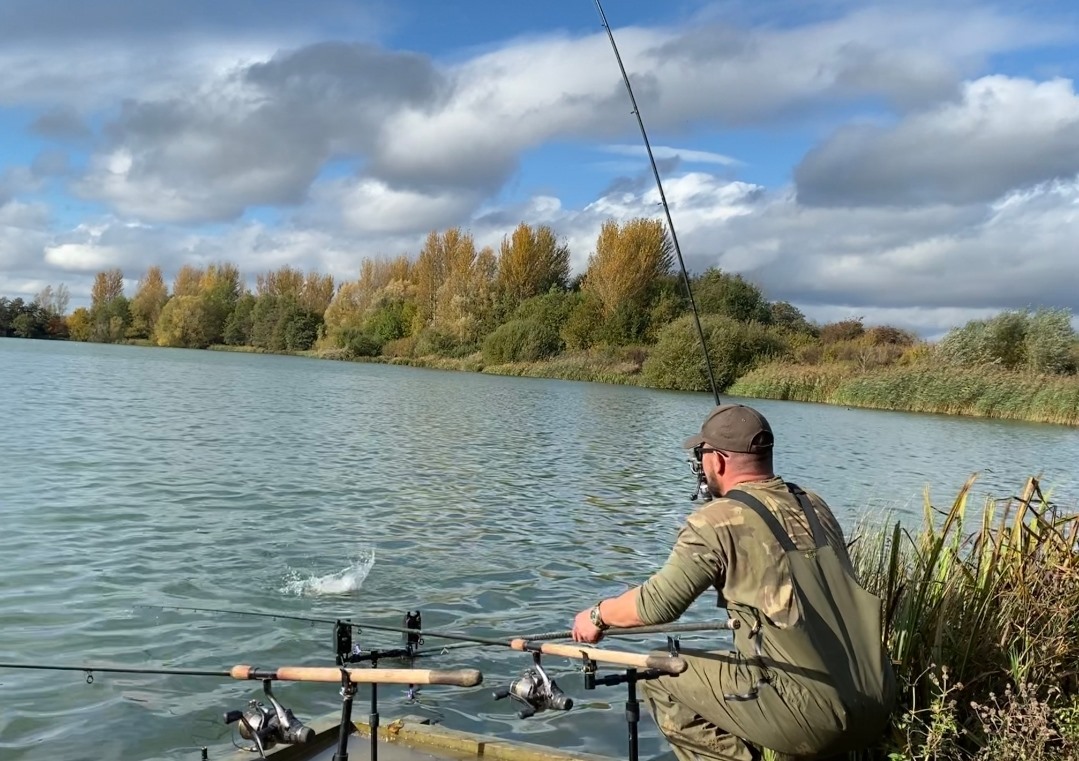 1. Roach feed well over clean gravel, so use a marker rod or cast a lead to find an area free of weed or silt before you fish.2. Maggots work great in the feeder and on the hook, but will catch more small roach than big roach.
3. For the bigger roach, make sure you pack a selection of larger baits such as worms, sweetcorn, pellets and mini boilies.
4. Spombing in hemp is a great way of drawing roach into your peg at the start of your session.
5. Make regular recasts to top up your swim without overfeeding the roach.