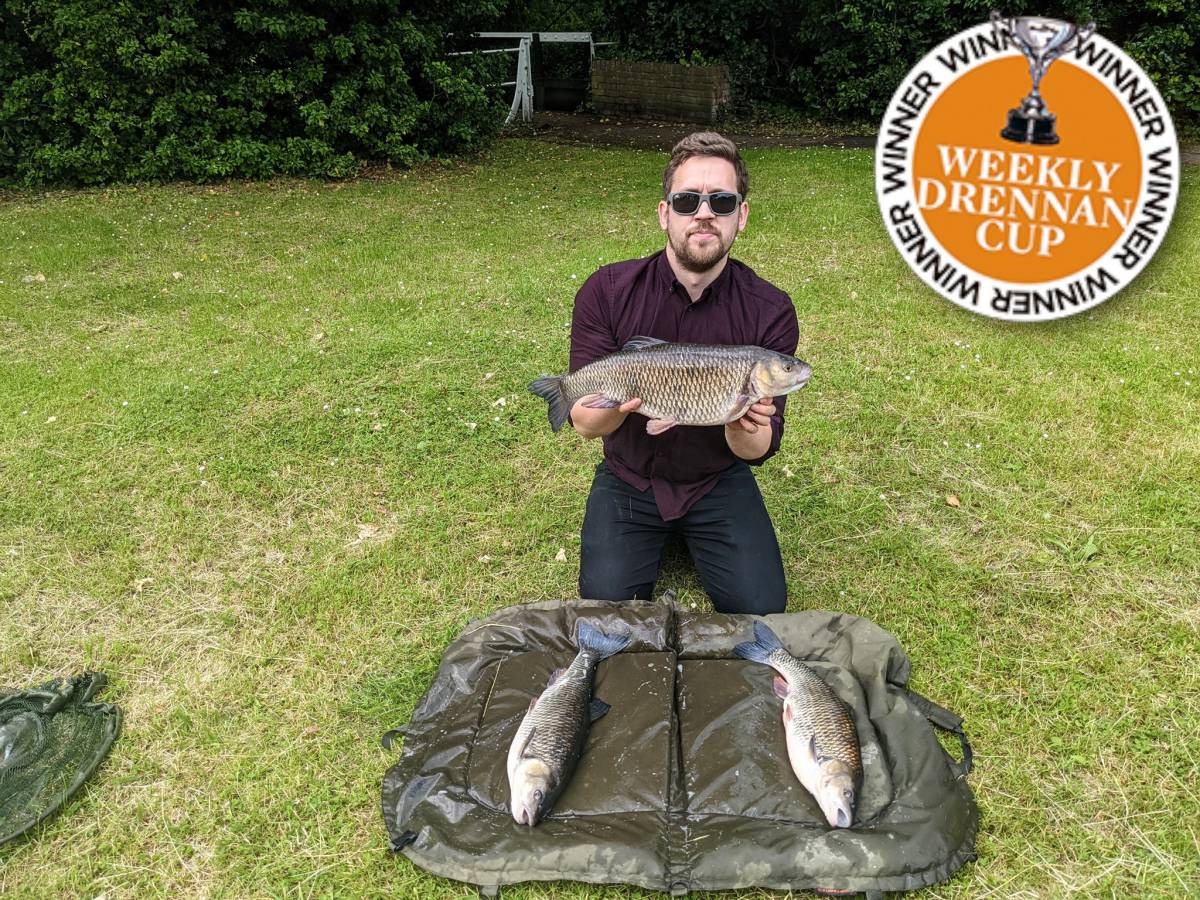 Quick-hit sessions are one of the highlights of summer fishing, but the catch Sam Everist made in his lunch hour would be hard to beat in a whole season of trying! Targeting a swim on the River Lea not far from work, he landed chub of 7lb 14oz, 7lb 8oz and 7lb 3oz, with another fish of 6lb 6oz thrown in for good measure. The fishing was that hectic that Sam had all three ‘sevens’ resting in his landing net at once, with freelined slow-sinking bread flake doing the damage.

He told us “The river had been quite high in the days before and had fined down nicely before my visit, so I was quite optimistic. For the first 10 minutes, I threw in plenty of flake freebies to get the fish competing, and first cast I was in. A passer-by saw the rod hooped over and offered to help net it. This swim is notoriously hard to land fish in, so I jumped at the opportunity and a lump of a chub was soon resting in the mesh. I left the fish in the net to rest and recast and in no time at all the rod whacked round, and yet another great fish lay in the net. I couldn’t believe my luck, and although I wanted to weigh them, I thought I’d chance another cast. Against all odds, the rod slammed round again, and another monster was squeezed into the net!

At this point, the chub were running out of room, so he weighed and released the trio of seven-pounders. After returning the fish I still had around 10 minutes of my lunchbreak left so decided to make one final cast. Going closer to the reeds, I had another bang on the rod and added a not too shabby fish of 6lb 6oz. It was then time to get back to work, but I wonder what would’ve happened if I’d had a few more hours? Either way, I’m delighted with such a red letter ‘hour’ of fishing!”