When it comes to barbel an 18lb fish is the holy grail, so you can imagine Robert Bown’s reaction when he landed this immense 18lb 9oz fish. 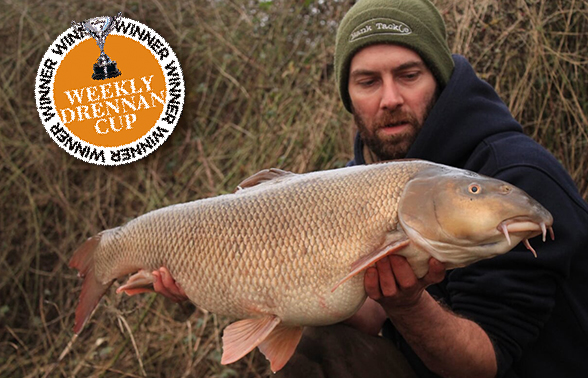 After making the effort to fish a spot on the Trent further than his usual haunt, Robert was rewarded with the fish of a lifetime.

“When I looked down at the fish, I couldn’t quite believe what I saw staring back at me.” Robert revealed.

“After missing a drop-back bite I had a screaming take, and straight away I knew I was into a good fish that was fully in control of the battle.

“Everything suddenly went solid, and my heart sank as I’d waited so long for a bite.”

But by being patient and paying out some line, Robert managed to ee the fish and steer it into his waiting landing net.

“The feeling as we weighed and photographed the fish was unreal. I was shaking like a leaf and I couldn’t believe what had just happened.”

Boilies were the winning bait, and 18mm offerings fished alongside regular feed got the barbel grubbing around.