“Some anglers stop targeting tench this late into summer as they’re down in weight, but to me they’re such a beautiful fish I’m happy to catch them at any size..” 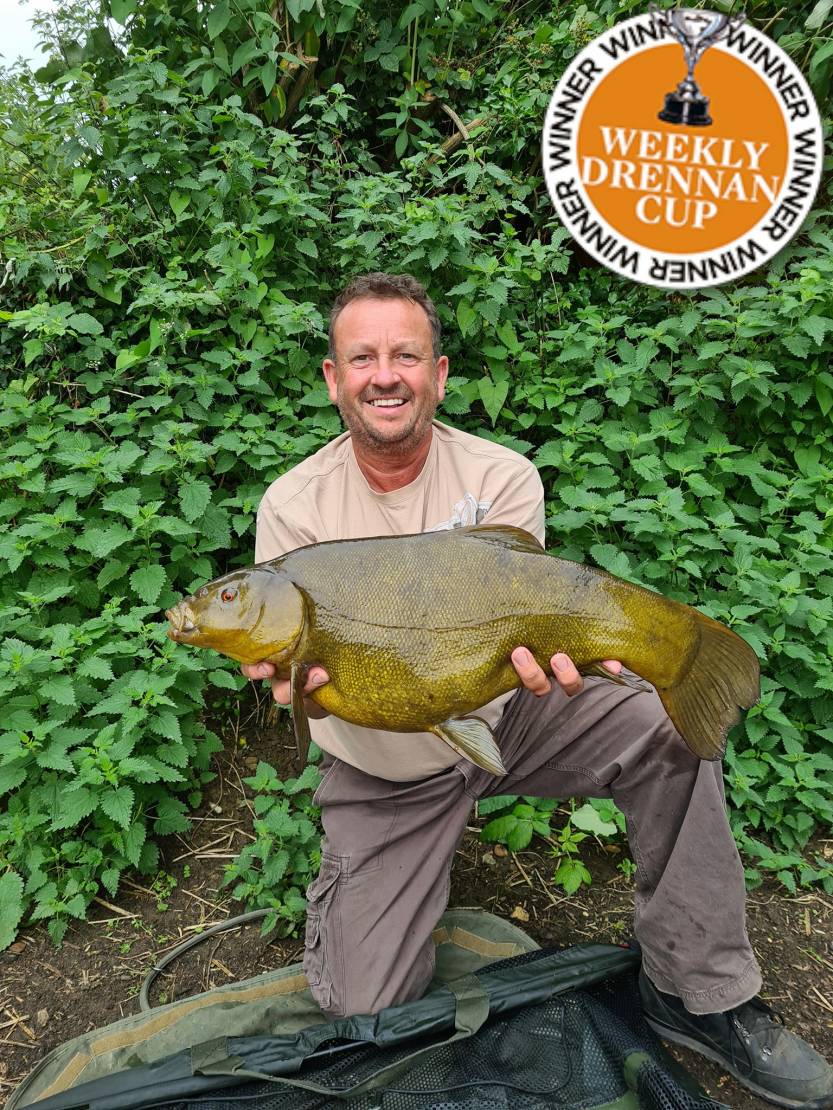 An uncommon hookbait in the tench world proved the downfall for this stunning 12lb 7oz tench landed by Rob Spinks.

He told us “Normally when I fish for tench I’d introduce a big bed of feed with a spomb before I start, but on a recent session I decided to do things a little differently, and it certainly paid off. I arrived for a day session at Medway Valley Fisheries to find the place very quiet, with just one carp angler on the lake. I noticed he wasn’t spombing and making a load of commotion, so I decided to follow suit and keep my approach as quiet as possible, minimising noise and commotion on the water.

I knew where a gravel bar is in my chosen swim, so rather than lead around and crashing a spomb out, I simply cast a maggot feeder rig with a double pop-up boilie hookbait straight out, a bit like carp anglers do with their single hook bait fishing. A maggot feeder and pop-up combo isn’t your typical approach, but as the fish have seen it all by this time in the year, I fancied doing something different. Artificial baits are also banned at Medway Valley, and with a fair bit of weed and silt around, pop-ups are your best bet for good presentation. I used two 10mm Tincaberry pop-ups, a flavour that my fellow members of the Tenchfishers have great faith in.

It wasn’t long before the rod tore off, but due to all the weed in the lake it was hard to tell just how big the fish was. It had some weed over its eyes which took the fight out of it, but as it came to the net my son, Kieron, who had joined me for the day, said it looked a seriously good fish. 40 years ago, when I was 15, I landed two tench of 7lb 11oz and 8lb 2oz, which were great fish back then, but nothing has ever topped that tench session. However, when this fish tipped the scales round to 12lb 7oz, it set a new bar for my tench fishing. As you can see from the photo, the fish is totally spawned out, so who knows how big it would’ve been a few months ago.

Some anglers stop targeting tench this late into summer as they’re down in weight, but to me they’re such a beautiful fish I’m happy to catch them at any size. We must remember too how cold spring was, and the fish were set back about a month where I am, so they’re still feeding well.

I’d urge anyone to get out and have another go for tench. After all the pressure they’ve been under this season, scaling back your approach, cutting back on the bait and minimising disturbance, you too could have a result to remember.”
Great angling Rob!