It wasn’t the only giant predator to be banked on a lure this week either as Richard Earl proved with the capture of a stunning 35lb pike. 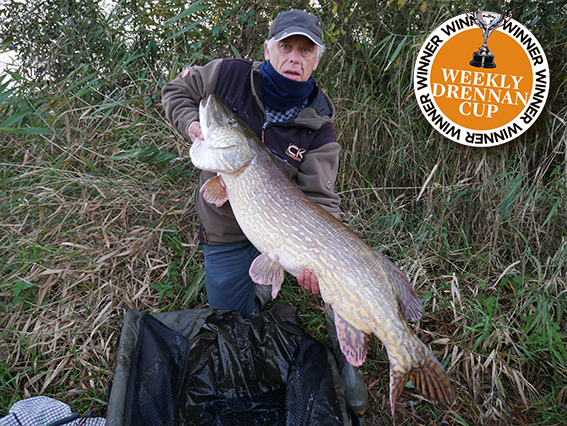 The 61-year-old made the 450-mile round-trip from his home in Bristol to the Norfolk Broads to spend two days angling for a monster fish.

He said: “With just a 12lb pike to show for my efforts by 5pm on the second day I’d thought I’d be facing a blank, but on the way back to the car I heard a big fish crash 80 yards downstream.

“I got my rod and landing net in position and cast my 25cm Savage Gear 3D shallow burbot lure, when on the second cast it was hit hard by a very big fish.

“A few minutes into the fight my reel broke so I had to hand line the fish for the remainder of the fight – and if that wasn’t enough, it took me three attempts to get the fish into my 30” round net!

“A massive thank you to the local angler who assisted with photographing and weighing the pike, which at 35lb was certainly the fish of a lifetime.”

The fine esox obliterated Richard’s previous personal best of 24lb which he caught from Wroxham, Norfolk nearly 45 years ago.