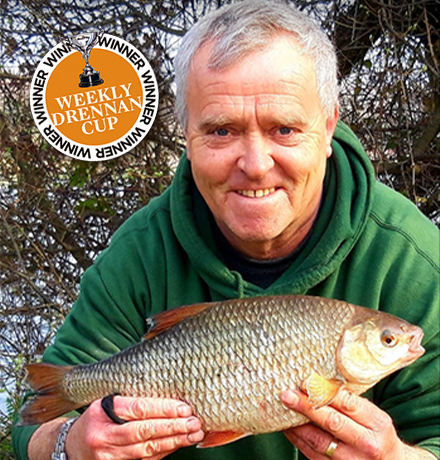 Alfie Naylor’s big roach wasn’t the only specimen caught recently either as Richard Barlow proved with this 3lb 5oz specimen.

“I had just caught the three two-pounders when the bobbin went again and I struck into a heavy fish,” Richard said.

“It was the best feeling in the world and a lifetime ambition achieved.”