A 140-mile-round trip has produced one of the biggest tench of the season so far in the form of an 11lb 11oz specimen. 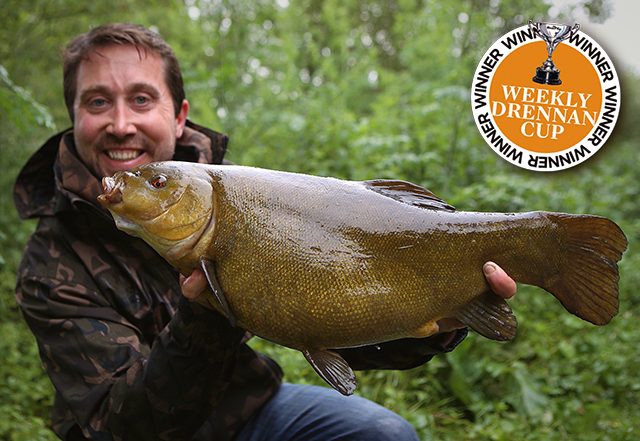 The phenomenal catch was made by Fox and CC Moore-backed ace Richard Wilby who travelled the long distance to fish for just a few hours on a small southern water – in what he described as “his last chance of the season to bank a big tench.”

Richard arrived to his swim around midnight and lightly baited an area with casters, hempseed, red maggots and CC Moore Fish frenzy groundbait before casting out his rigs.

He said: “At first light my bite alarm signalled a couple of bleeps and I thought it was a pike at first, so when it rolled amongst all the weed my legs turned to jelly.

“It fought like a demon and I had to give it more stick than I wanted because of the weed.

“Eventually I scooped her up – It’s one of the best fish I’ve caught for so many reasons and one I’ve dreamt all year about catching.”