A 40-feet-deep Cambridgeshire gravel pit has accounted for one of the greatest eel hauls ever recorded in the shape of 15 fish to a best of 5lb 2oz. 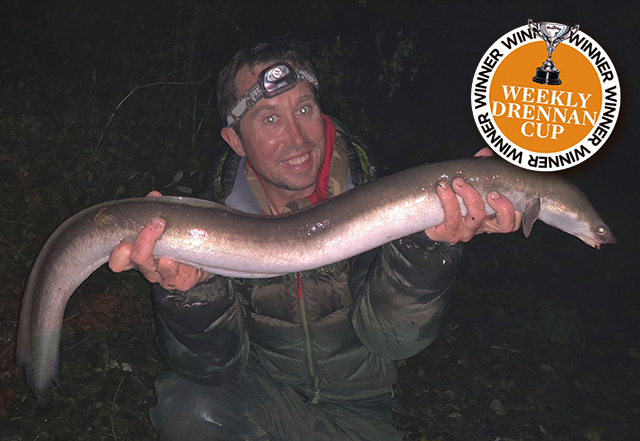 The phenomenal catch was accumulated in a single night session by Airfield Lakes Fishery owner Richard Wilby, who fished triple lobworm hookbaits to tempt the big ‘snigs’ into a feed.

When Angling Times spoke to Richard about the catch he explained that he only targeted the venue after he discovered a carp angler had caught an eel by mistake, and so decided to target them himself.

He added: “It was a dream session where my hunch paid off and the two-hour drive to get to a lake I had never seen before was well worth it.

“Overall I banked 15 eels from 7:30pm to 3am. The action was crazy and all witnessed by my mate Adam Holmes who was carp fishing a couple of swims away (I had to keep borrowing his net as I had a few double runs).

On the business end he used 20lb wire traces attached to size 6 barbless hooks, of which he tied on PVA bags holding blood meal, micro halibut pellets and dead maggots.

“Large eels like this are increasingly rare and it was a privilege to see them and fish a water where the population is still high,” Richard concluded.