E-Sox Consultant Steve Rowley has become addicted to pike fishing from his kayak, and his burning ambition this winter was to catch his first ever kayak thirty pounder. 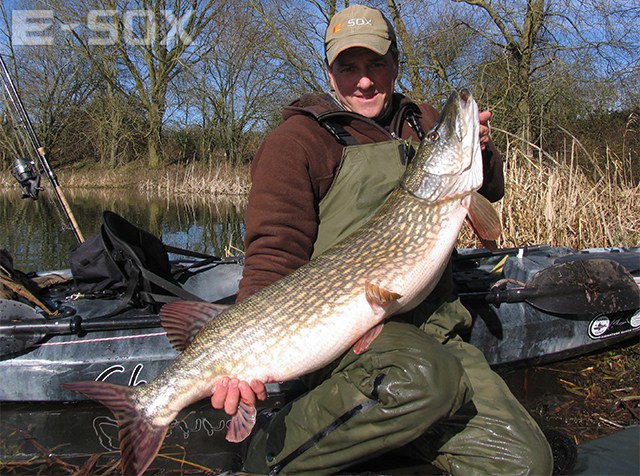 Steve caught a 27lb 02oz earlier in the season from the kayak but was soon surpassed by his lovely 29lb 08oz that we covered a few weeks ago. Then right at the end of the season, Steve had a real red letter day, catching a 25lb 04oz, 26lb 14oz and his first ever kayak thirty at 31lb 12oz on the same afternoon. 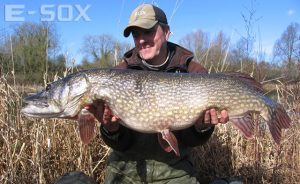 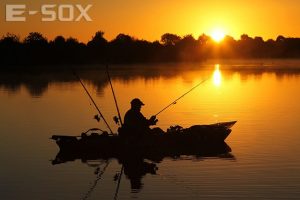 “To catch three fish over twenty-five pounds in a day is something very special, but to catch them on my kayak is an unbelievable bonus. I knew the second the thirty went in the net that I had achieved my main goal of the season” said Steve.

Steve anchored his Channel Kayak Pro over sixteen foot of water just past an area he had seen lots of small fish activity previously and it wasn’t long after casting out the first fish of the day made it’s way to the net.