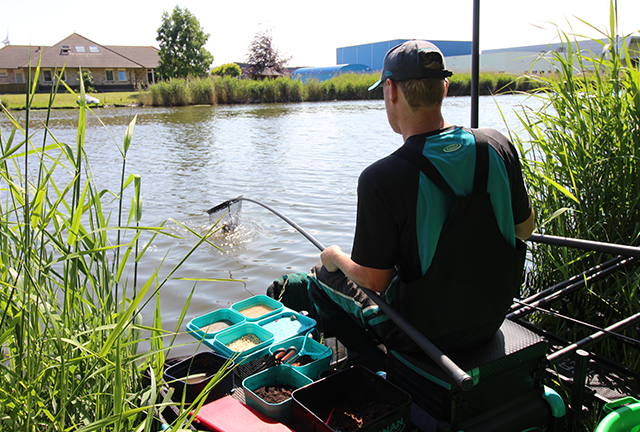 Our Dutch angler Ramon Ansing has just fished a 3 day pairs festival on 3 different venues around Amsterdam to take top honours! Ramon talks us through their tactics and equipment;

The first venue we fished was called Rijnkaal which is famous for its large vessels that travel up and down the venue. It is around 200 meters wide and more than 6 meters deep! On this pairs event you are fishing right next to each other so we formulated our plan around this. We decided to fish three lines, two short and one long, for the long line I used the 13ft Acolyte Distance Feeder because the flow can be strong and the venue is wide. Here we decided to fish with at least 70 gram bullet feeders, this line was for later on in the day as the fish backed off. The first part on the match we concentrated on two lines around 20 and 30 meters catching skimmers of around 400 grams making up most of the weight. I needed a soft rod as we were using small hooks with light line and for this I chose to use the 11ft Acolyte Ultra, this is a lovely soft rod that minimises hook pulls. We had a combined weight of 9kg 700grams and enough to win out of the 12 pairs in our section and a great start to the festival.

The second day we went to the river Amstel, this river crosses straight through Amsterdam and is full with very big bream of around 1.5 kilo. It’s a venue where you need to be aware of the bottom as it is very soft and full with dead leaves. We don’t fish here a lot but with the experience that we gathered from the years before we decided to feed 4 lines. I took the far bank again with the Acolyte Distance Feeder and a middle line with the Acolyte 11ft Plus. My partner fished the lines in between so that we covered the water in front of us to hopefully catch a few bream in the coming 6 hours. We both started on our long lines so that we could leave the short lines to settle. Both our short lines were fed with 5 big feeder fulls of worms, dead maggots and some casters, this gave us plenty of options to try on the hook. We both started on redworms on the hook and both caught 4 bream in the first half hour, after an hour and 30 minutes we tried our short lines. There were a few fish around as we were both receiving line bites but, the proper bites were few and far between. We both started to rotate the lines so that we could keep catching the odd bream and skimmer. Going into the last hour we thought we had around 20-22 kilo and we both knew that we needed a few more fish. From that point we took the gamble to only fish the short lines, luckily we managed to add 5 extra fish to our net and had a combined weight of 28 kilo, this was enough for three points. We now had 4 points and were in the top 5 out of the 108 pairs contending, we both knew that we had a fantastic chance of winning with one match to go. 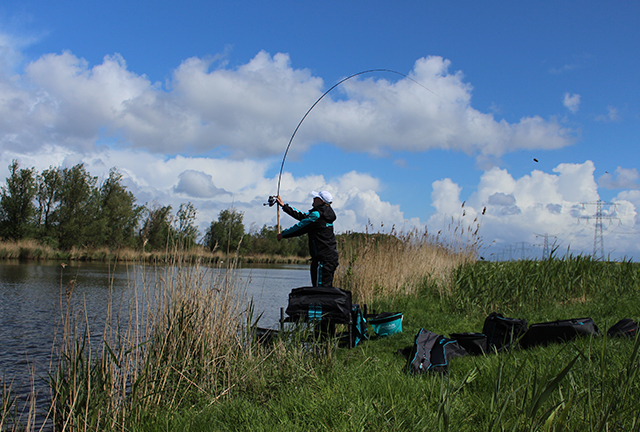 On the last day we had to go to the Noordhollands kanaal, this canal is full of roach, skimmers and bream and is typically fished a lot with the pole. My hand went into the draw bag and I managed to pull out an end peg on the middle section, this section was won on the pole the day before with around 20 kilo! With this in mind we both set up a short pole, long pole and a feeder line. With my partner starting on the long pole, I started on the feeder line to build up an area of feed, we both started catching small fish immediately and then every so often we would manage to sneak a bream into the net. Fortunately the bream we were catching seemed bigger than the normal average stamp being up to 1.5kilo which was a really handy fish to help us boost our weight. To our right it appeared that not a lot was being caught and after a few quick phone calls around our section, it gave us the same impression. We both put our heads down and concentrated on just putting fish into the net. It was clear that there was lots of fish on the pole but less numbers of bigger fish on the feeder. The longer the day went on the better our short pole lines became and in the last hour and half off the match we caught around 10 big bream. We had the same numbers of bream that we had the previous day but we had far more little fish and we guessed that we had around 40 kilo! When the scales team arrived 13 kilo was the best weight, our three keepnets had a combined weight of 42 kilo and gave us the important section win.

I made a few quick nerve-wraking calls to see how the other pairs had done to learn a few pairs who were also at the top, managed to draw themselves in less desirable areas but still had managed good points. After a while it became clear that we had won, we managed 5 points over the 3 days and had a combined weight of over 80kilo! It is one of the best organised matches around and has a flawless atmosphere. We cant wait to fish the event again next year! 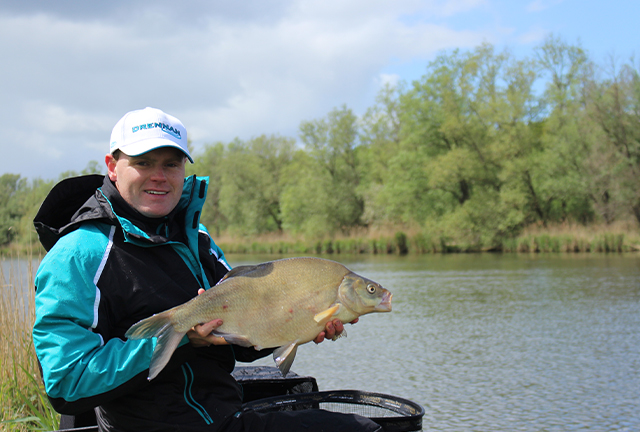