A 90-acre water is a daunting prospect for many anglers, but Paul Faint’s decision to target the eel population of a southern gravel pit was proven worthwhile when he banked this 5lb 13oz snake. 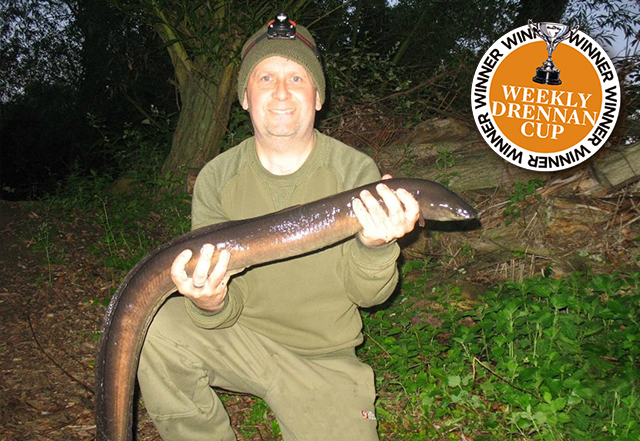 After baiting a gravel plateaux 50 yards out in open water, Paul had his hooklength broken by the first fish he hooked, but after this he stepped up his gear he hooked the fish in the early hours of the morning.

“At 4.00am the bite alarm sounded and upon striking I knew we had a good eel pulling the opposite way, and after landing the eel on the second attempt I carefully weighed her to register a new PB of 5lb 13oz.”