Drennan Oxford put in a solid team performance to claim the runners-up prize on the Alders Farm Spring League. 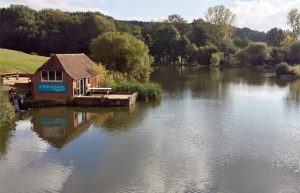 This teams-of-three series was held at the prolific Alders Farm fishery at Great Brickhill, near Milton Keynes. After a shaky start, the Oxford team really clawed back the points to end just a single point behind league winners Preston Black Horse.

Top performer was Steve Waters, who managed to win two rounds outright and finished individual 2nd on another. This included a fine win on the final round with 168lb 4oz from peg 21 on Ash Pool. He caught carp on pellets and corn at 7 and 11 metres before ending with a great run of fish down the edge with maggots over groundbait.

Steve and Mick were also fortunate to win the ‘blind pairs’ prize on the day with a combined 254lb 4oz, giving them double cause to celebrate!

Alders Farm are now hoping to grow this event next year into a teams-of-four league spread across Ash and Pines.