“One night, whilst scoping out the margins, I spotted it beneath a large, fallen tree close to the lake’s entrance..” 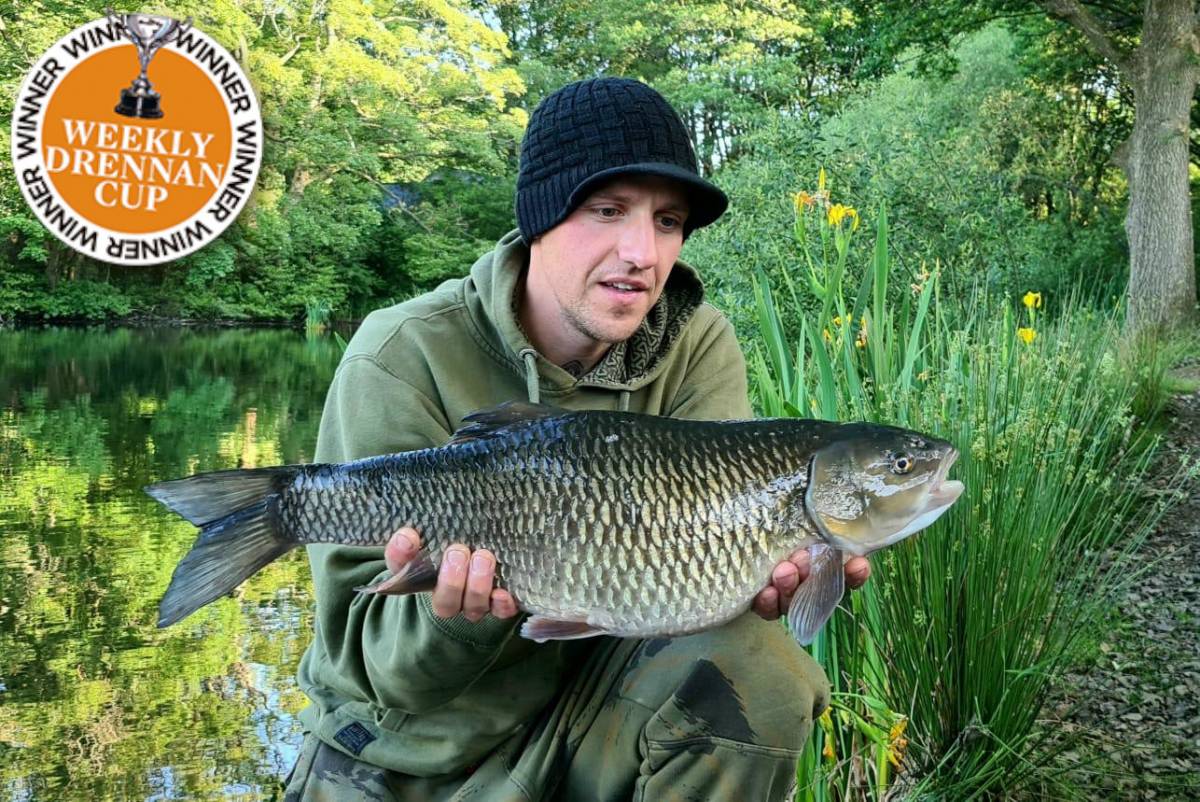 Putting in the hours, finding the single large chub that his local water holds and finding its comfort spots certainly paid off for Oliver Taylor as he banked the lakes big chub weighing in at 8lb 4oz.

He told us “My local syndicate lake is known to hold one very large chub, and by spending time watching and baiting an area where I’d spotted the fish prior to my latest session, I managed to land it! The fish in question weighs over 8lb and is known to disguise itself amongst the resident carp and bream. One night, whilst scoping out the margins, I spotted it beneath a large, fallen tree close to the lake’s entrance. It’s a spot I’d fed with a few grains of corn earlier, and I watched the fish drop down and feed twice in a short space of time, which gave me great confidence that I’d found an area where it felt happy to feed. It would only do so deep in the security of the snags so I knew that was where I’d have to place my hookbait.

I arrived the following day and set up on the bank opposite the fallen tree. After getting the rods ready and bait prepped, I crept back round to the spot and introduced 10 grains of corn one at a time, watching carefully as each one fell to the bottom. It was clear that no fish were in the area, so I moved quickly to get the rods in before the fish returned. Using a simple blowback rig with a single grain of corn as the hookbait, I managed to get my bait tight to the snag, before feeding the spot with some extra liquidised corn and a handful of pellets.

Two hours later I had a small common of around 10lb, and although it was a nice fish, it wasn’t the chub that I had my eyes on. I managed to get the rig back in place before darkness set in, and sat back for the night, eager to see if the chub would make an appearance. Dawn broke, but with no action through the night I sat scratching my head, wondering what went wrong. I put the kettle on and had a look around to see if anything was moving in the morning sun, and as I sat back down, the rod pulled up tight with the bobbin holding against the butt.

I was on it right away, playing what I thought was another small carp. However, as the fish came close to the net it rose though the water column, and to my delight I saw a giant set of white rubbery lips break the surface with a single grain of corn hanging from the bottom.

I knew it was the fish I was after, and after zeroing the sling and prepping the unhooking mat, she pulled the scales round to 8lb 4oz, leaving me smiling from ear to ear. A new chub PB and to catch it among a stock of other species at my local syndicate made it even more special. Next time you’re chub fishing, be it on river or stillwater, spend time baiting and watching how and where the fish want to feed. Doing so allowed me to plan my approach and was key to landing this fish.”