I’ve caught lots of species of big fish in my lifetime but honestly, nothing beats the power of playing a large grayling. 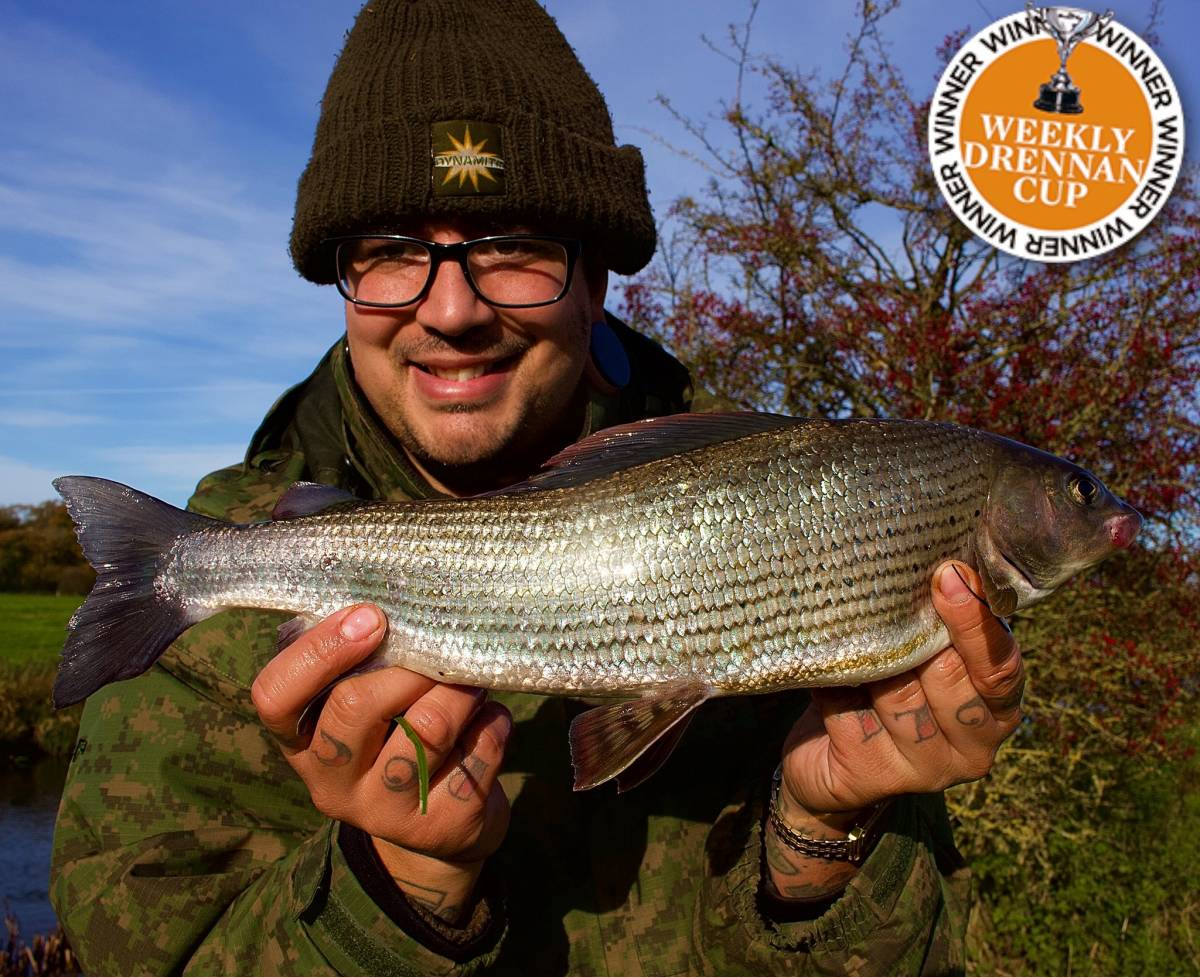 Matthew Fernandez had a session the River Frome planned but nearly gave it a miss due to the extra rain the river received overnight but we bet he’s glad he didn’t!

He told us “I had planned a trip to the frome but it rained overnight so I nearly gave it a miss but as I was off work and haven’t had many chances to fish I headed off and arrived at first light. The river was coloured and up, I didn’t really fancy my chances but I wasn’t about to leave without trying.

I landed a salmon and trout early on which built my confidence in catching some grayling. A managed to find a nice area where I could trot down alongside a far marginal snag which looked likely to hold some grayling. I began to feed red maggot little and often and after around 30 minutes of feeder I had my first trot through and received a bite straight away! The fish was so powerful and I could see it was a very large grayling but unfortunately came off, leaving me wounded but not to be disheartened I began to feed again. It wasn’t long before I hooked into another powerful grayling. I’ve caught lots of species of big fish in my lifetime but honestly, nothing beats the power of playing a large grayling.

Luck was on my side this time round and after a hairy battle, I finally got to witness it gracing my net. It spun the needle round to 3lb 2oz 8dr which was another pb! I had managed to land myself a new personal best not long back with a 2lb 15oz fish so 2 pb’s in the space of a couple of weeks was more than welcome.

The swim dies off after catching the 3lb 2oz 8dr fish so I found a deeper pool where I landed a further 2lb 14oz and a 2lb 8oz grayling to complete a magical mornings fishing. Im certain that if I had stayed the full day I would of landed several more grayling but I was more than happy with the fish of a lifetime.