“It was a nervy battle from the old warrior which tried every trick in the book..” 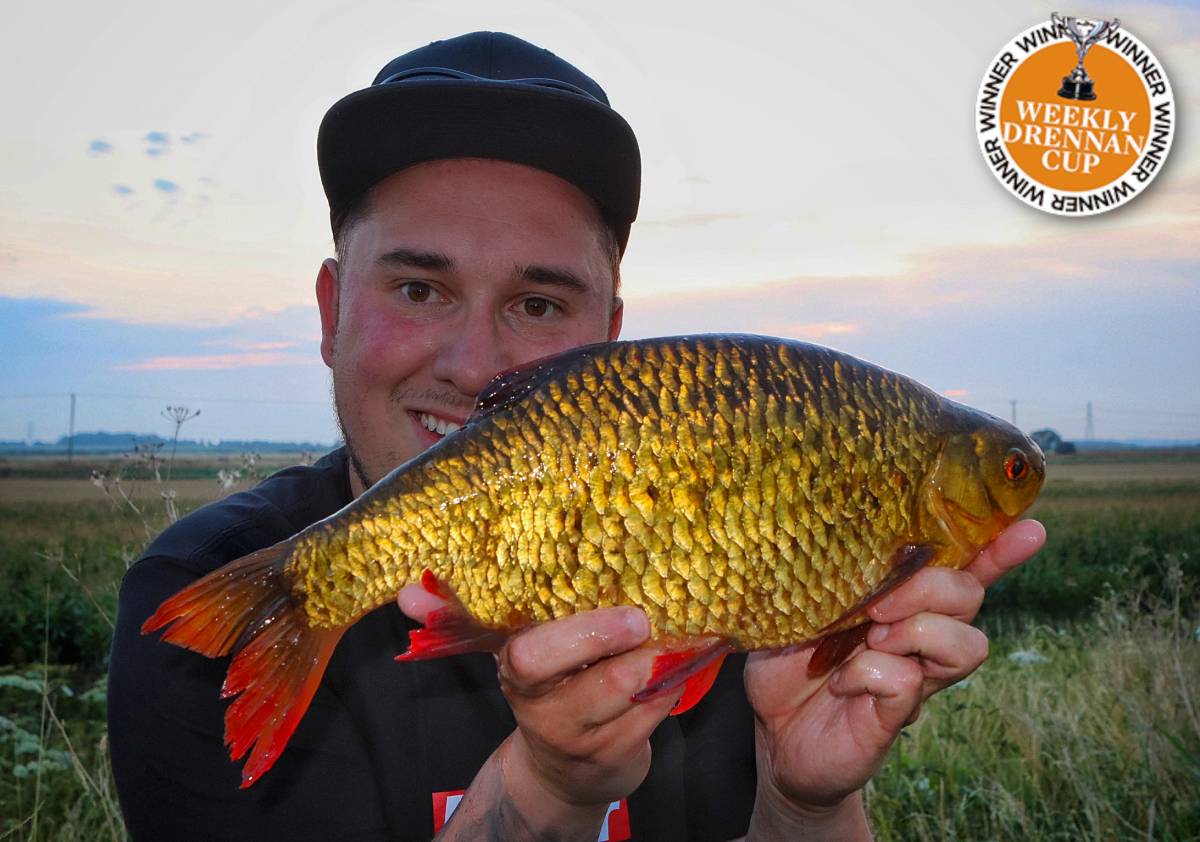 Matt Delabruyere noticed the conditions were perfect for an early morning rudd session, so he headed to the same stretch of the fenland drains which he had some success from earlier on in the season. Sight fishing was the order of the day with floating bread as a hookbait

Matt commented “Whilst It was still dark I began to bait a few swims and just listen to the bait being attacked, I made sure I baited various areas including the far bank, mid river and the near margins with 50 pence size pieces of bread, it began to get lighter and I soon noticed a large rudd right under my feet non-stereotypically taking my freebies extremely delicately.

My hookbait was already on my hook so whilst hiding behind some huge reeds I gently lowered my floating bread and held my breath, soon enough the same fish came up and engulfed the lot and sank down into the darkness, a sharp upward strike secured the size 12 hook in the top lip.

It was a nervy battle from the old warrior which tried every trick in the book to avoid capture, eventually coming in sideways into the net. I climbed back up the bank through the nettles and folded over reeds with the fish in tow. I then just stood in awe as I looked at the biggest rudd I’d ever seen before which weighed in at 3lb 4oz, a fish of a lifetime and something I’m very proud of.”