Home > Articles > Making The Most Of It

Jon Arthur looks back on a recent match where he managed to salvage a good day’s fishing from an unfavourable draw.

I have been very fortunate over the past few weeks, drawn some very good pegs and had some great match results. In fact, I’ve had almost 500lb of fish in three matches! Even I cannot draw a flyer every match, though, so it was inevitable that I would draw a duffer sooner or later. That happened recently on the Fish’O’Mania Qualifier at Larford Lakes. With 130 tightly pegged competitors it was always going to be a drawbag job and top of my list of areas to avoid was the 50s on Speci Lake. I pulled out peg 56 and wasn’t too impressed!

With the wind tanking up the other end I felt there was very little chance of winning from that area. It’s also a very long and bumpy hike with a fully loaded tackle barrow, so I was in two minds whether or not to even bother. The refreshing discovery that you can now drive all the way around the lake and I could park behind my peg made my mind up to at least give it a go. 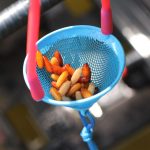 As per any match, I set up enough gear to cover all my bases but, ultimately, the only swim I caught over was around 13 to 14 metres out. Here I fished two contrasting tactics; long pole shallow and a small 30g Method Feeder plopped over the top. There’s a good 12ft or more of water on the long pole and I’ve had a bit of success in the past with a feeder underarmed onto the pole line. It’s much easier than trying to hold a full-depth pole rig in the wind, plus I think it gives you a better chance of hooking (and landing) the big carp this lake is famous for.

On this line I cupped in several balls of groundbait containing some casters and 6mm meat cubes at the start and hoped this would attract and hold a few fish. I managed one small 6lb carp and a few skimmers on the Method early doors but it was slow going for everyone. All the while I was loose feeding casters over the top and after 90 minutes it was time for the pole. 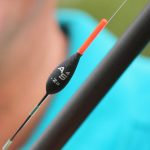 I had two 0.2g AS4 floats set up, which are a lovely design for shallow fishing as I prefer a thickish bristle when there’s some chop on the water. One rig was to cover up to 2.5ft and the other for up to 4ft. It was this latter rig that did all the damage. When it’s windy and blustery I prefer 0.16mm main line as the presentation is a touch better than anything thicker. A 0.16mm Supplex hooklength to a size 16 Wide Gape Pellet hook completed the setup. Very strong gear, but I don’t think bream are particularly tackle shy when they’re up in the water, plus I wanted to have a chance of getting a carp out should I hook one. I could always scale down if they weren’t having it. 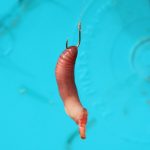 Fishing was pretty easy so long as I maintained a steady rain of 20 or so casters over the top. Casters on the hook were being intercepted by tiny roach, so I stuck with dead maggots or a chunk of worm. These more resilient offerings helped to pick out the better fish and I was soon catching good skimmers from 1lb to 3lb (several of which were the flying variety that leapt clean out of the water!) plus quality roach and hybrids. I also managed two small carp, which were a very welcome bonus.

The lake was towing quite strongly so I experimented with laying the rig in different ways. Interestingly, I never had any skimmers while the rig was falling. Instead, bites typically came a few seconds immediately after the rig had fully settled. If I waited longer than 20 seconds I wouldn’t get a bite at all, however, so it was then time to lift the rig out and lay it back into the swim again. 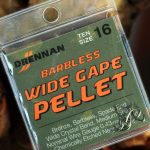 I rarely leave the rig alone when shallow fishing, so I constantly experimented with depths and also shuffled my five No10 shot around. A bulk at half depth was ok but loosely spreading them out with the last shot around 12 inches from the hook seemed most effective. When shallow fishing I rarely place my shot too close to the hook unless I’m targeting F1s. Bites are usually unmissable and you have much more chance of catching a fish’s attention with less shot down the line and a free-falling hook bait.

Like most people on the day, I never had a bite on the short pole or down the edge. It was one of those really moody days when the carp were not really having a go, so I kept plugging away with the skimmers with the occasional look on the feeder. Only the pegs in the late 60s and 70s produced any numbers of carp on the day and that’s where the winner came from with 126lb. 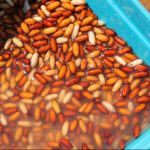 After five enjoyable hours I’d managed three carp for 17lb 2oz and 47lb 14oz of silverfish for a pleasing 65lb total. That was enough to comfortably win the section prize and with just over 100lb making the frame I actually wasn’t a million miles away. More importantly, I’d salvaged a result from a tough area and had a great day’s fishing. That’s the beauty of feeding casters at this time of year. It allows you to target everything, not just carp!