An afternoon off work was put to good use by Kevin Sanders, who headed to a local lake to bag this stunning brace of big rudd weighing 2lb 15oz and 2lb 8oz. 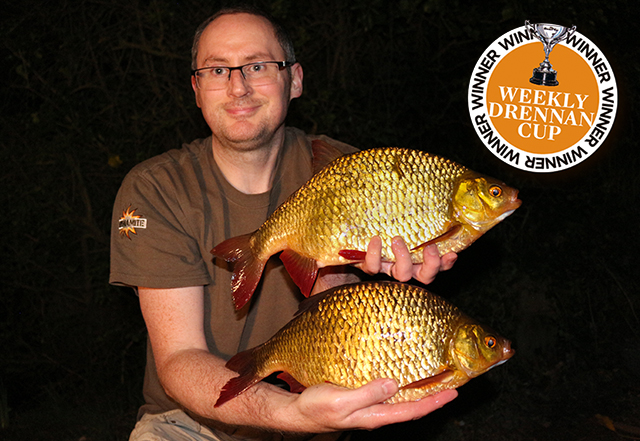 After initially failing to raise a bite using float tactics, the Cambridge-based rod baited a couple of spots as dusk approached and switched to feeder tactics. It was a move that reaped almost instant rewards, as Kevin explained.

“It didn’t take long for the action to begin and I had two tench in quick succession. Then, as the sun went down the rudd came hard on the feed and a double take resulted in two fish around the 2lb mark. Soon after that, I netted a really big rudd…. followed by one that was even bigger again!”

Kevin, who went on to bank a string of other rudd between 1lb 8oz and 2lb, used a Method feeder loaded with Dynamite Baits’ Marine Halibut and Frenzied Hemp groundbait, alongside a 10mm yellow pop-up boilie hookbait glugged in strawberry flavouring.