“that was until I put my headtorch on it in the shallow marginal water and saw it was a huge tench..“ 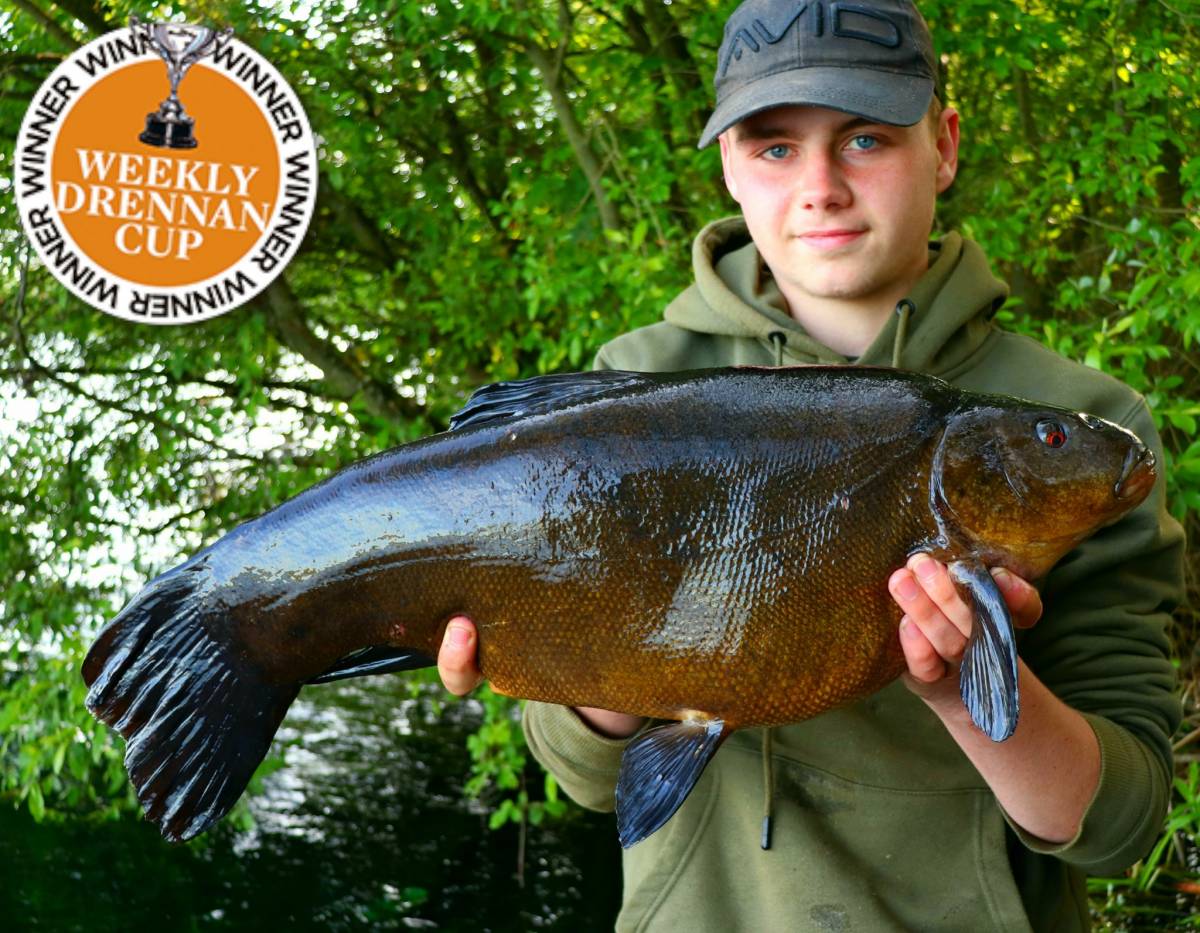 This is Kane Hammonds fourth consecutive spring targeting a 90-acre southern gravel pit in search of my first double figure tench and he finally landed his target in the shape of this stunning 11lb 3oz specimen. Kane told us “I’d had a couple of 9’s last season with a new PB of 9lb 10oz but I’m so happy that my first tench trip of the year produced this monster at 11lb 3oz.

I planned a 48-hour session on the water and settled in my swim early at around 7am. Straight away I found a gravel bar at 60 yards with my marker rod and cast my popped up fake maggots on a size 12 hook with a small PVA bag of pellet attached. I then baited the spot with 10 Spombs of hemp, corn, dead maggots and broken boilies. All was quiet until 4am the following morning when I was woken up by a savage take, the fish had pulled the reel right up to the alarm head! During the fight I thought it was a carp as it was so heavy and went on several long runs, that was until I put my headtorch on it in the shallow marginal water and saw it was a huge tench.

When I saw it the panic and nerves set in, and I stopped trying to bully it to the net and took my time. After another 2 or 3 minutes of it hugging bottom, it finally came to the surface and splashed into the net. I was really thankful when I looked into the net that it was a double, so when the scales went a tad over 11lb i just couldn’t believe it. I rang my dad straight away who came down to do the honours with the camera. The pressure is off for the rest of the season now! I can chase other species without a big weight on my shoulders.”