A Norfolk gravel pit has produced the biggest reported tench of the season so far, with this 10lb 6oz specimen falling to the rod of Tench Fishers member, Joe Campen.. 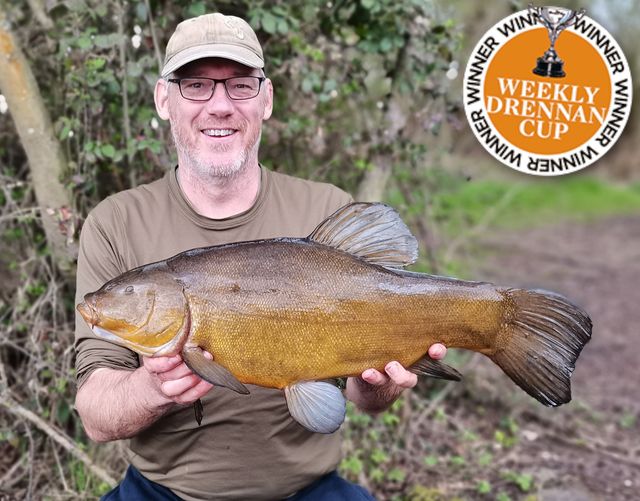 After a bite-less night, Joe got up at first light and searched for rolling fish. After waling the complex, he found a few fish rolling on a different lake and decided to move water. After casting his maggot feeders out with three red maggots as his hookbait, all was quiet until lunchtime, when he spotted another fish roll. He wound in, cast the feeder at it, and 10 minutes later it rattled off with the ten-pounder, a new PB for Joe.