“IT was like a breeze block across the back and had pectoral fins as big as my hands!” – so said James Ufton who’s just landed the largest River Trent barbel of the season at 18lb 10oz. 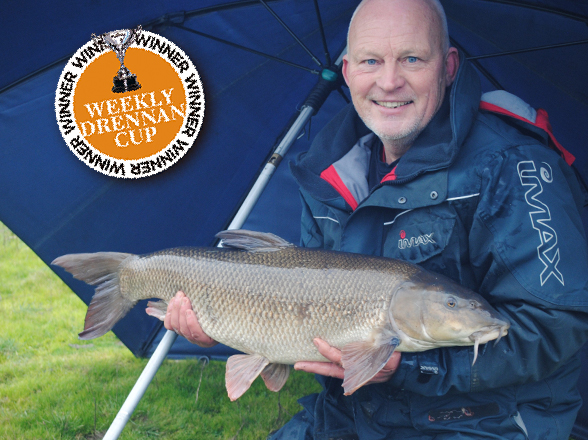 Like most anglers the Staffordshire-based barbel expert had his wife to thank for the remarkable catch after she gave him a pass to go fishing for a couple of hours before dinner.

James didn’t require the full allotted time however as his rod-tip signalled a gentle-pull round just 15 minutes into his session on the upper river.

He said: “Straight away I knew it was a good fish so I just took my time – adjusting the clutch when I needed to.

“It didn’t dawn on me that it could’ve been a PB breaker until it surfaced for the first time, and I remember thinking, ‘bloody hell, that’s a massive barbel.’

“It was a fantastic catch I’ll never forget as I didn’t think I’d ever come close to beating my previous personal best, which was the current River Dove record of 18lb 6oz.

“I’m pretty sure it could be the new record for the upper Trent too.”

James’ successful rig couldn’t have been simpler and included a running cage feeder loaded with damp pellets and chopped boilies.

A single boilie hookbait cut in half and hair-rigged back-to-back completed the set up.

“After comparing photos I was pleased to see it was the same fish I caught at 17lb 15oz back in February 2019,” he added.

“If it carries on gaining weight like it has been I can imagine it’ll be over 20lb next year.”