A change of swim was a great move for HGV driver James Stewart after he landed this immense 18lb 8oz barbel from the River Thames, the biggest reported of the season. 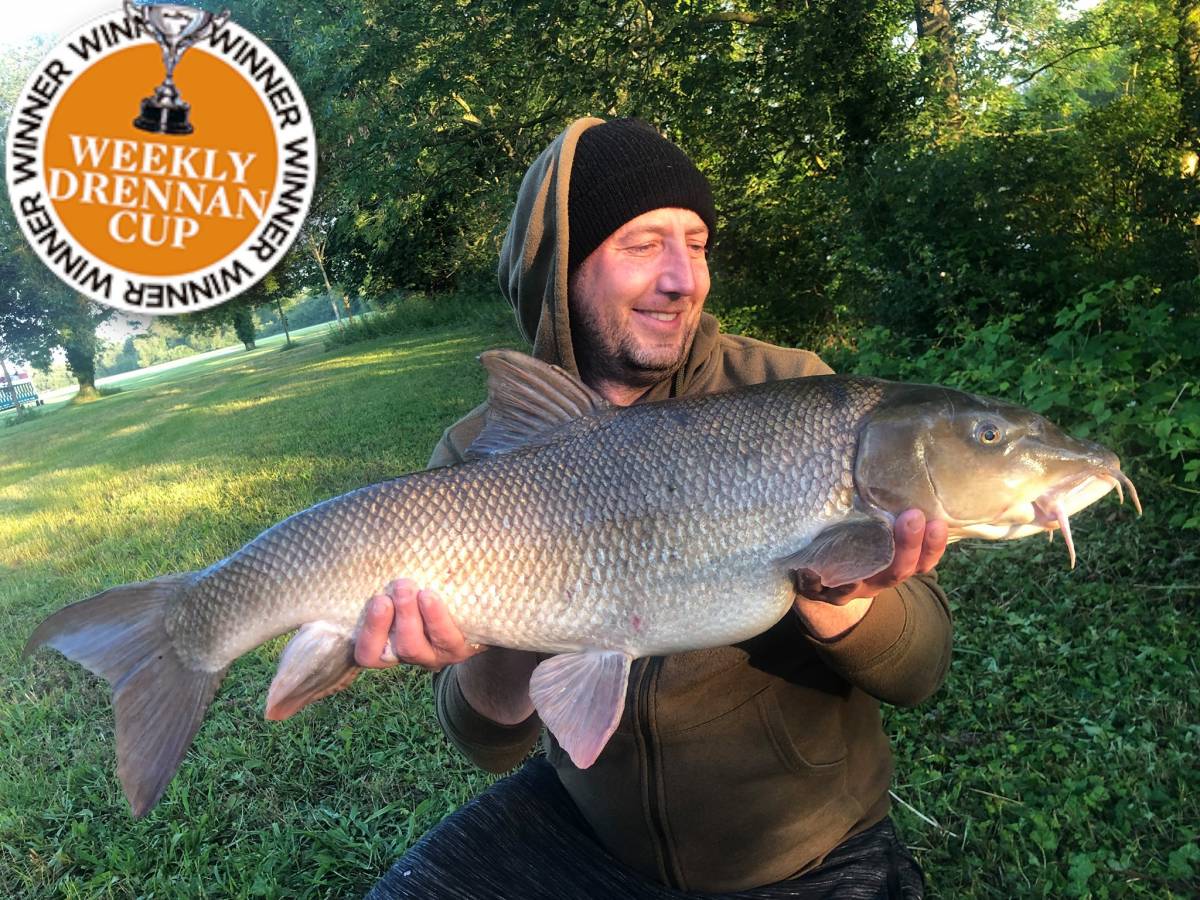 After introducing some bait whilst setting up in the new swim, where overhanging trees provided cover on both sides, James fished a 15mm boilie on a running rig with a 3oz lead. He fished through the night with no action, but come sunrise the rod hooped over, and as soon as he picked it up, he knew it was a good barbel. The fish stayed deep, surging with great power along the bottom. After 20 minutes, James finally got a glimpse of the fish that set his heart racing. Weighing 18lb 8oz, it’s a new PB, and one he is looking forward to trying to beat.