It fought deep and hard, but then a huge perch surfaced 10 metres out.Small changes can make the biggest of differences in fishing, and that’s exactly what Ian Potts found out on June 16th when he banked this personal best barbel of 18lb 4oz. 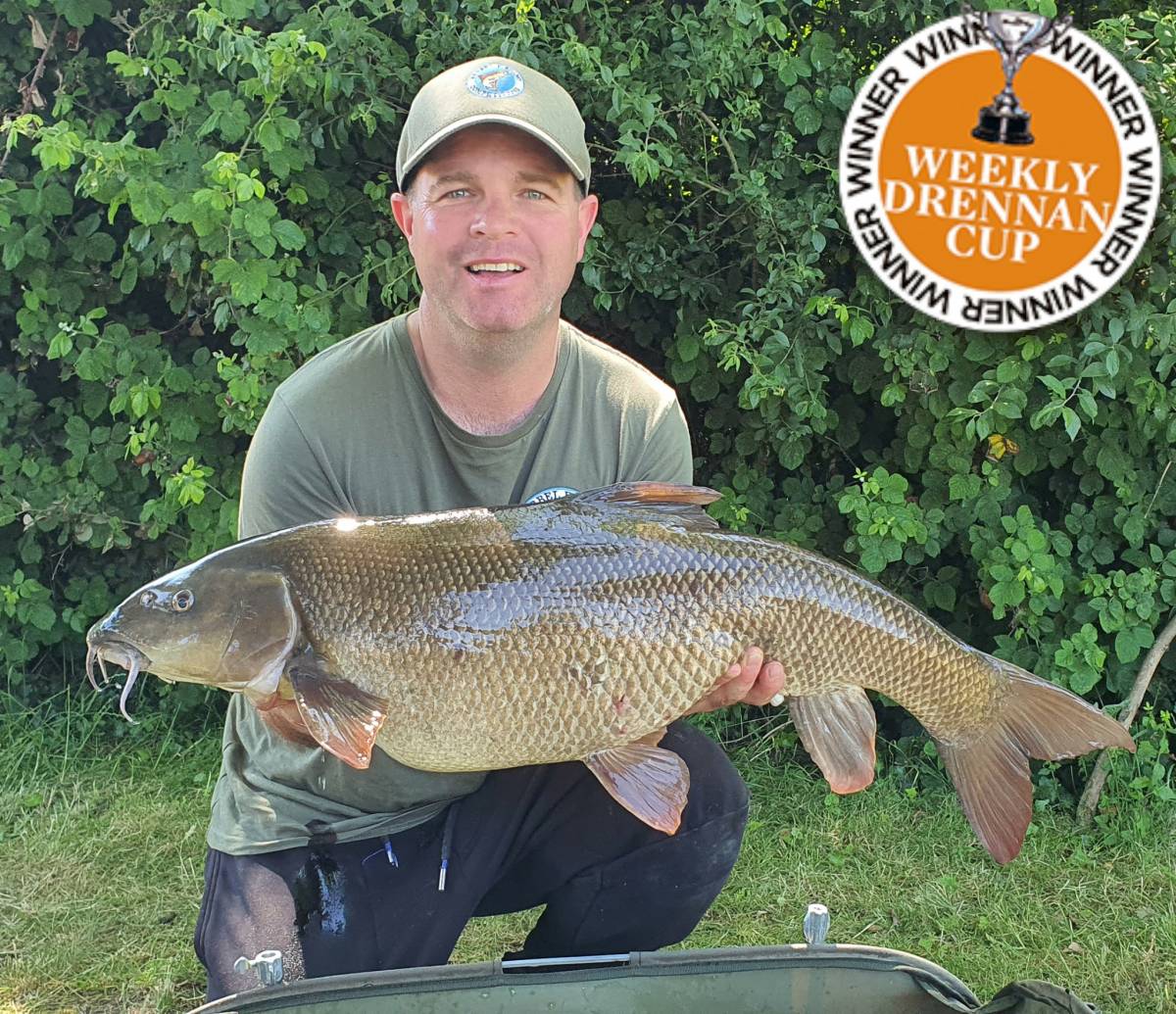 He told us “As was the case on most rivers in the country, I found my target water, the Trent at Gunthorpe Weir, running very low and clear after a long period of scorching temperatures. I’d been on the river since late morning June 15th and had spent the day chilling out and soaking in the anticipation of the new season. My rods were rigged to fish static baits on the deck, and come midnight, I cast them out for the first time in months. As often is the case early season, the fishing was tricky, and I only managed chub throughout the night. So, at around 5am, when dawn broke, I changed my tactics and decided to roll meat – a banker method on this stretch, particularly in low water.

I’d been casting around, and after having a quick nine-pounder, I went two hours without any action and decided a change was needed. The river had dropped eight inches, and there wasn’t enough flow in the weir to really get the bait moving as I wanted, so I switched to a single Vortex Baits 14mm Spicy Furter and Red Salmon pellet. All I did was cut a groove in the back of it and band it to the hook, with five SSG shot pinched on the line above it. The river was so low that this was enough to hold bottom, and within 10 seconds of casting out the rod hooped over and a barbel of 10lb 14oz was netted.

I recast shortly after and stood holding the rod for 20 minutes. I like to hold the line when fishing this way, feeling for any indications, but the next take nearly ripped it from my hands! I knew I was into a big fish as it went on several powerful runs before plodding around in the deep water at my feet. After five minutes I slipped an immense fish into the net.

When I felt the weight of it, I knew it was a PB. Some mates had come down to see me, and it was a great coincidence to land the fish with them there. We weighed it on two separate scales – one saying 18lb 4oz, the other 18lb 6oz, so I settled on the lower weight. It’s an amazing start to the season after around 12 hours’ fishing. I’d booked a swim on the weir for three days, but after this fish I packed up and explored other stretches of river. Hopefully it’s the start of a special season!”