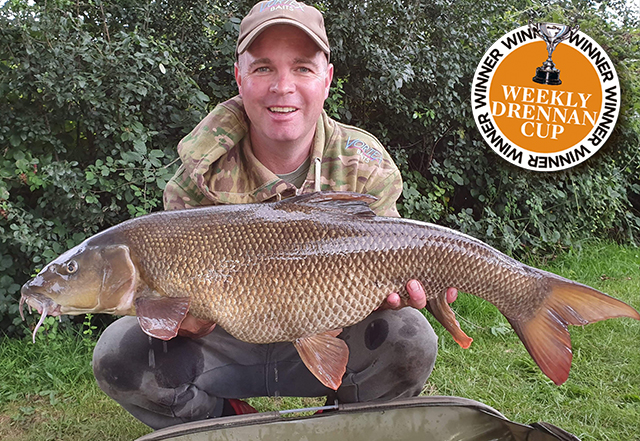 Macclesfield based angler Ian Potts couldn’t believe his luck when he banked a new personal best barbel at 16lb 13oz, to only go and catch it again two days later at 17lb 1oz!

The 43-year-old free-lined a chunk of meat into the weir at Gunthorpe and struck when he received two taps on his fifth run through the swim.

He said: “All hell broke out and it was a good seven minutes before I managed to get her to the net. “When I lifted her I couldn’t believe it was the same barbel! “It shows just how quickly these big fish can put on weight in a short space of time.”