“My heart started thumping when I weighed her..” 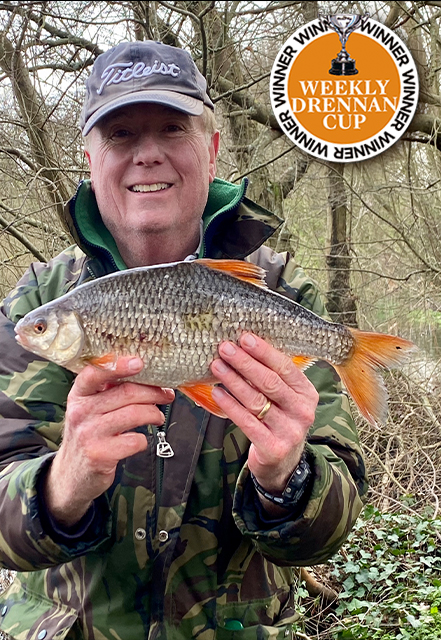 “The Hampshire Avon has been flooded for the past month so my brother Paul and I fished the slower-paced mill stream next to it, thinking the roach may have pushed in there after the high water. I started on the float with red maggots and in no time at all I’d caught a brace at 2lb and 2lb 3oz. After a lull  I thought I’d try the maggot feeder and on the very first cast the tip smashed round. This roach fought much harder than the other two and it tried to snag me under a tree, but I eventually steered it away and into the net. My heart started thumping when I weighed her and saw the scales settle on 2lb 9oz. Later on I caught another big roach at 2lb 1oz and Paul even managed a 1lb 15oz personal best! I’ve fished for over 50 years and only ever caught one 2lb roach, but now I’ve had four in a day!”