A short river lure fishing session has produced an incredible catch of huge perch topped by this 4lb 6oz specimen. 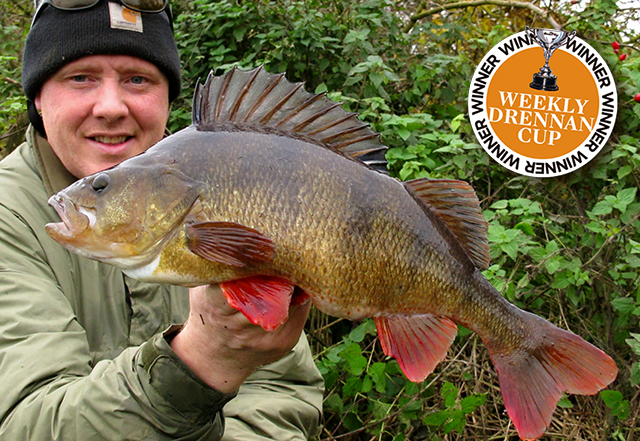 Stewart Harris banked 10 perch in total with eight of them over the 3lb mark and the smallest topping the scales at 2lb 14oz.

The biggest fish equals his personal best and was the highlight of a morning session on a southern river when he fished a variety of soft lures.

“I know this venue very well and I’ve spent days and days scratching around for a bite,” said Stewart, who lives in Milton Keynes.

“People must read this and think you must just turn up and fill your boots, but many don’t know about the tough times and all of the walking that goes into this kind of mobile fishing.

“I fished four days the other week and I worked out that I walked 25 miles. It’s days like this that make all of that hard work worthwhile.”

“I laid the fish down next to a 24-inch Fox bank stick just to show the dimensions of the fish because sometimes catch shots just don’t do perch like this total justice. I was over 20 inches long,” he continued.

“At the right time of the year, this is a fish that could go well over the 5lb mark.”