A bunch of hair-rigged worms was the winning combination when Mark Salt won the battle with this impressive 8lb 1oz eel. 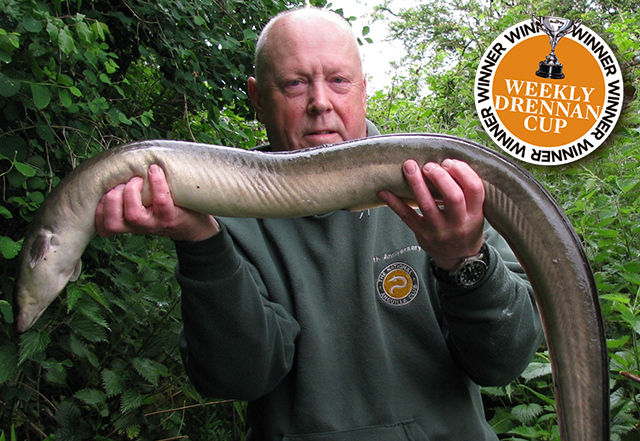 The huge fish was caught by the environment officer for the National Anguilla Club when he visited a syndicate water in Middlesex and used five broken worms on a short hair.

It’s the Herts-based specialists second eel over the 8lb mark from the venue and it was a specimen that was beaten to the bank with the help of a ‘Dyson’ rig that was made with a circle hook that was tied to a 45lb Quicksilver Gold hooklink.

“I fished for eight nights and packed up each day. The big one came on the very last session,” said Mark.

“I’d had two eels at 4lb 10oz and 4lb 8oz along with a few blank night and they were cold ones too, but I stuck with it and what a reward.

“The night that produced the fish was perfect for big eels as the pressure fell after a sustained period of high pressure.

“It fell just 1oz under my current personal best and, without a doubt, the longest eel I’ve ever caught.”

Mark’s rig allowed him to pop-up his hookbait 12 inches off the bottom and he used a small amount of dead maggots and chopped worms to help attract the eels into his swim.

His list of big eels makes impressive reading as, along with the two fish over 8lb, he’s banked no less than 13 eels over 6lb and two fish over the 7lb barrier.