The River Nene perch record has been obliterated with the capture of an incredible 4lb 12oz specimen. 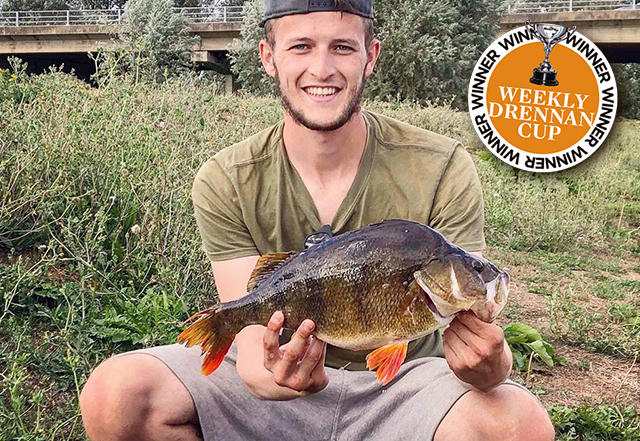 It fell to predator fanatic Harry Langley from a Cambridgeshire stretch of the waterway and smashed the previous venue record of 4lb 4oz taken in 2015 by local angler Paul Smith.

Speaking exclusively to Angling Times, Harry described his recent pursuit of big stripey’s from the River Nene – a waterway that isn’t known for its perch sport.

He said: “I decided to target the perch after stumbling across a few bigger ones chasing fry in this particular stretch.

“I set up two rods – one with a maggot feeder with maggot hookbaits and the other with worm on the bomb.

“On my first attempt of trying with a worm hookbait I was lucky enough to smash my personal best with a specimen weighing bang on 3lb.

“It was an exceptional catch for the Nene but I knew there were bigger perch out there. This was confirmed a couple of days later when I hooked and lost a much better fish. I simply had to return but had no idea my next trip was going to produce something altogether more special.”

A week later Harry set up in the same spot and cast out his bomb and worm set-up. A few hours had passed without a bite but the 23-year-old’s perseverance was soon rewarded.

“The bite was hard and pulled the tip round towards the surface,” Harry added.

“The fight was fantastic – especially for a perch – as it started to take line followed by those classic heavy headshakes.

“It thought it could have been a small zander but when i got it to the top and saw it for the first time I just couldn’t believe it. I even managed to get some GoPro footage of the fish. It’s certainly a catch I won’t forget in a hurry.”