Piking Pirate Gord Burton enjoyed one of his best sessions in recent years at a large Scottish Loch last week. 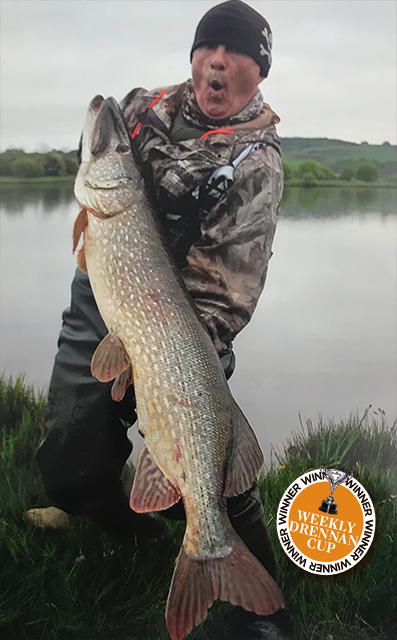 The renowned predator ace from Southport topped a remarkable day with a 30lb 12oz pike to go with fish of 23lb, 21lb, 18lb and 14lb.

“It was an incredible session,” he said. “I started fishing one of my favourite lochs early in the morning and after a little ‘jack’ at 5.45am I hooked into the 30 pounder. This one fell to a lamprey and took me more than 20 minutes to bring to the bank.”

More pike followed throughout the day on both leger and float-leger tactics in 25ft of water.

“Every fish was fighting fit,” he said. “They were striking after small silvers at the surface and I have to say even with all the pike I have caught over the years, I was as excited as I have ever been! I’ll be back later in the year for a ‘40’!”