At the beginning of 2016 I purchased a pair of 12ft 1 1/4lb Series 7 Specialist Avon/Quiver rods. Over the following 12 months I would use them in a whole host of different angling situations, including some well outside of what the rod was intended to do, but they performed incredibly. Here are just some of my highlights from a memorable year: 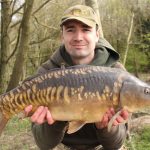 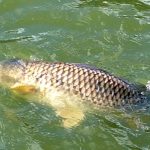 At the start of the year I found a nice little water close to home where the carp responded well in the cold to a small Pellet Feeder. Using the quiver section with a 3oz tip I was able to cast tight to an island and caught well on every trip, with plenty of carp up into double figures. The tip was sensitive enough to show up the shy, coldwater bites but there was plenty of backbone to land the hard-fighting carp. I used 2mm micros in the feeder with a banded 4mm or 6mm pellet as hook bait. I also found a splash of flavour helped get bites when things slowed down, either pineapple or almond Korda Goo or Bait-Tech’s The Juice. 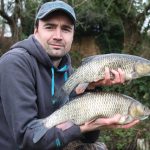 I was also using the same tip setup while roving the River Kennet looking for chub. A light, link leger of only a couple of swan shot and a bit of breadflake was used to search out lots of little hidey holes looking for the resident chub. Despite the freezing conditions I was able to keep fish coming to the bank on every single trip. Roving up and down the river throughout the day proved key to making the most of each swim. 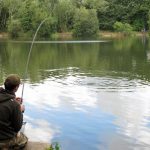 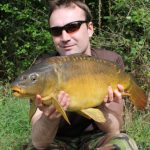 It was during this period that I really put the rod through its paces. Firstly on short, after-work floater sessions, catching some cracking carp up to almost 20lb. This time I used the Avon tip section in order to cast a small 5g Drennan Surface Controller and long 12lb Double Strength hooklength and to give me extra power when playing fish. Feeding plenty of 4mm floating pellets with a matching 11mm hook bait was the most successful tactic. Again, staying mobile and moving throughout the day definitely put more fish on the bank. 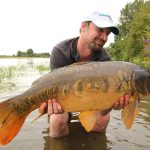 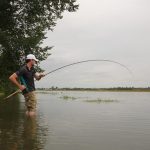 Another memorable session during this period was on the River Thames. Again the Avon was used, which was more than capable of casting a 2oz inline lead and PVA mesh bag of boilies out into the flow. Using a long braided hooklength and a couple of 10mm boilies I was actually hoping to target a specimen bream or possibly a chub, but when the rod finally ripped off the last thing I was expecting to see was a pristine river carp! 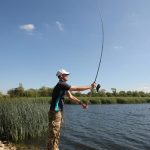 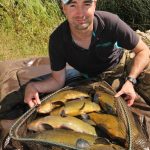 Early autumn saw me on a nice reservoir in the Midlands targeting tench. I decided to fish with a Method Feeder this time due to the weed and used a buzzer and bobbin for bite indication. My method mix consisted of my favourite blend of standard 2mm micros mixed with 2mm Krill pellets. The hook bait was a small trimmed down popup in white or pink. The sport was fast and furious and plenty of beautiful dark tench made their way to the net. The rod performed extremely well and blasting the small feeder 60yds to a small gap in the weed was easy. 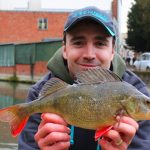 My fishing was extremely limited through the winter but I still managed to get out a few times. I used the 2oz tip for the first time while targeting perch on the River Thames. While I didn’t have any monsters, I had plenty of bites and put together some decent nets of fish. Building up a swim over a couple of hours with chopped worm through the feeder and half a lobworm as hook bait brought the best results. 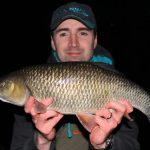 I finished off 2016 targeting chub with an identical bread and link leger setup from earlier in the year. Priming swims with a few balls of mashed bread and moving between them, taking a fish or two from each before moving on, was a great way to spend a chilly winter’s day.

So there are just a few memories to highlight what a truly versatile rod the Series 7 Avon/Quiver really is. I’ve had an enjoyable year putting a pair of these through their paces and testing them well beyond what they were designed to do. If I had to take just one rod for the rest of my fishing then I would undoubtedly stick with this Jack of all trades.