“sure enough the rod bent over and Ella was once again playing a powerful fish..“ 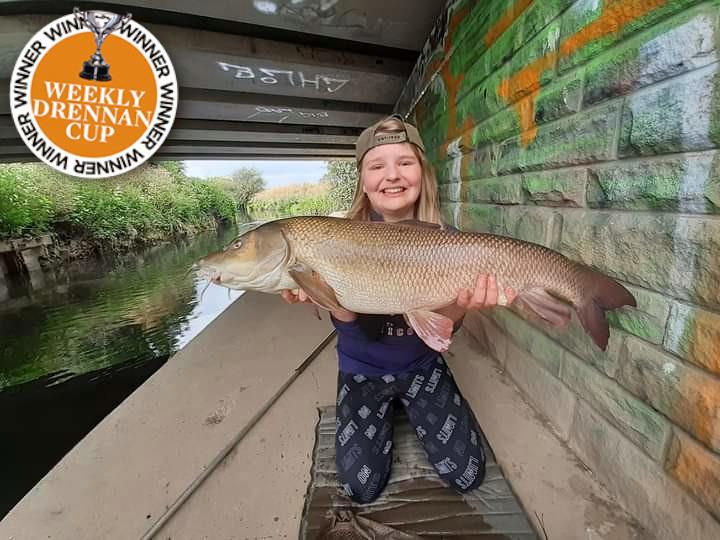 Ella Mae Beckett certainly had a session to remember when she banked this lovely 16lb 5oz barbel from the River Dearne in South Yorkshire.

Along with her father Steven, the pair have been on a summer quest in search of barbel since the rivers re-opened and after a few blanks and a lot of effort, they finally found some fish. After a couple of evening sessions in their chosen spot the pair had 3 savage takes but due to either the fish reaching some nearby snags or the hook straightening out, the duo were left still searching.

They returned the next day with stepped up tackle, cast out and waited eagerly and sure enough the rod bent over and Ella was once again playing a powerful fish. With encouragement from her father, Ella kept the rod up in the air to try and avoid the surrounding snags which worked a treat as after a short battle, the mighty barbel graced the net and her emotions went into overload.