Drennan’s Jack Griffiths has just returned from a 5 day festival at Brean Sands which is organised by a local tackle shop called Top Tackle – Oxford. The festival is split between 2 sections of 9 anglers each day, competing for not only a section win, but the all-important bragging rights. Over to Jack…

On day 1 of the festival we were at Avalon fishery and I drew peg 1. This peg has a lot of open water as well as a few over hanging trees against the bank on my right. I set up a pellet waggler rod and a bomb rod as these were going to be my main plan of attack. I started on the bomb and pellet for a few early fish whilst feeding 8mm pellets over the top to hopefully draw the fish up in the water ready for the pellet waggler. After 90 minutes of constantly feeding 4-5 pellets every 10 seconds there were a few fish in the upper layers, so I picked up the pellet waggler rod which I stayed on for the rest of the match. In total I managed to weigh in 79lb which was enough to win my section and more importantly, the whole match. 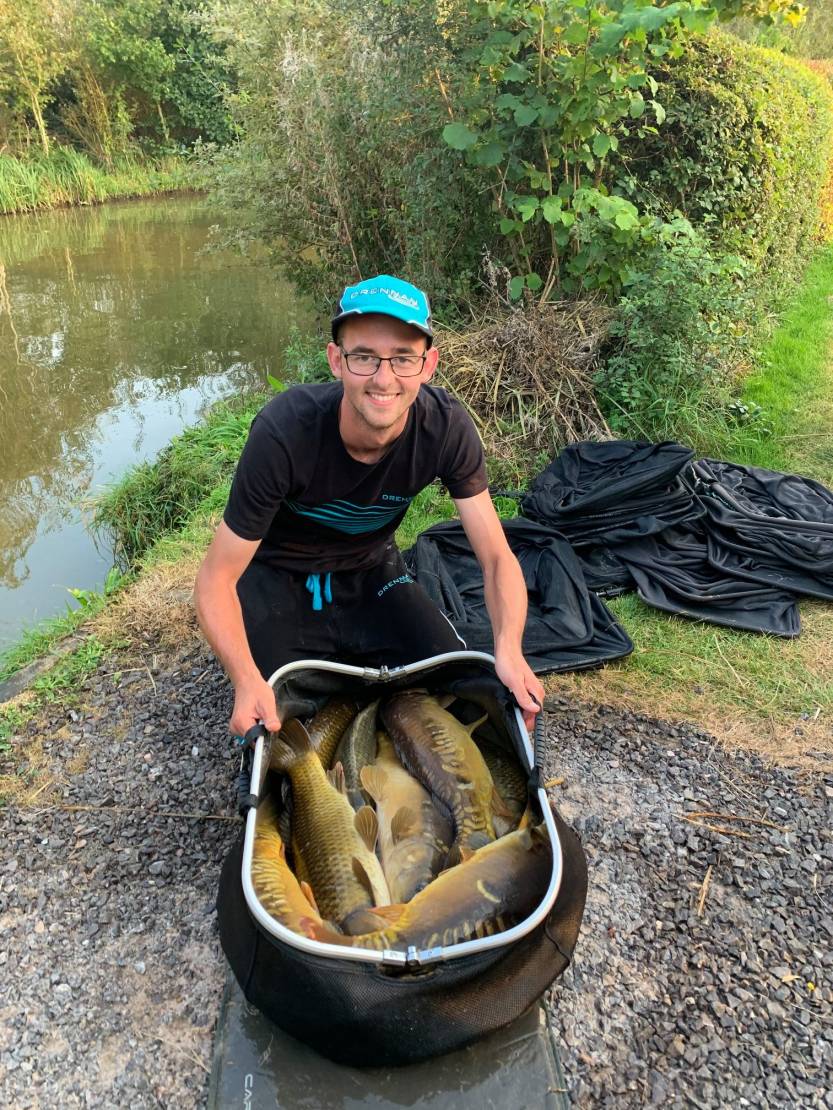 Day 2 we were at Summerhaye’s fishery which was a silvers only match. I drew peg 13 on sellick’s pond which didn’t mean much to me as I’ve never seen the fishery before. I set up a 3m to hand line to fish for small roach and 2 skimmer lines at 11 metres where I fed small nuggets of groundbait with chopped worm inside. I had a good start putting a few small skimmers in the net within the first 30 minutes whilst I was priming my short line with maggots. Shortly after I went on to the short line where I caught roach and skimmers in good numbers. After bites had slowly dried up I came 3” off the bottom which then sparked a flurry of skimmers into the net. At the weigh in I’ve put 15lb on the scales. For the second day running this was enough to win the section as well as the match.

Day 3 we was at shiplate farm fishery and I drew peg 14 on hawthorns. I set up a 14.5 metre line to the far bank, a shallow line down the middle and an edge line to my right tight under a bush. I started off on the far bank toss potting a sprinkle of micros with a 6mm pellet on the hook but this only resulted in landing 1 and losing a couple due to foul hookers. I come away from the far bank just off of the shelf and had a few more carp before I had no choice but to look down my edge as Chris on the next peg was at least 30lb ahead of me. To kick off the down the margin I cupped in around 100ml of micro tight under the bush and fished a single grain of corn over the top. It wasn’t long before the float sailed under and the race was on. I managed 28 carp throughout the day to weigh 151lb which won my section and another match win. 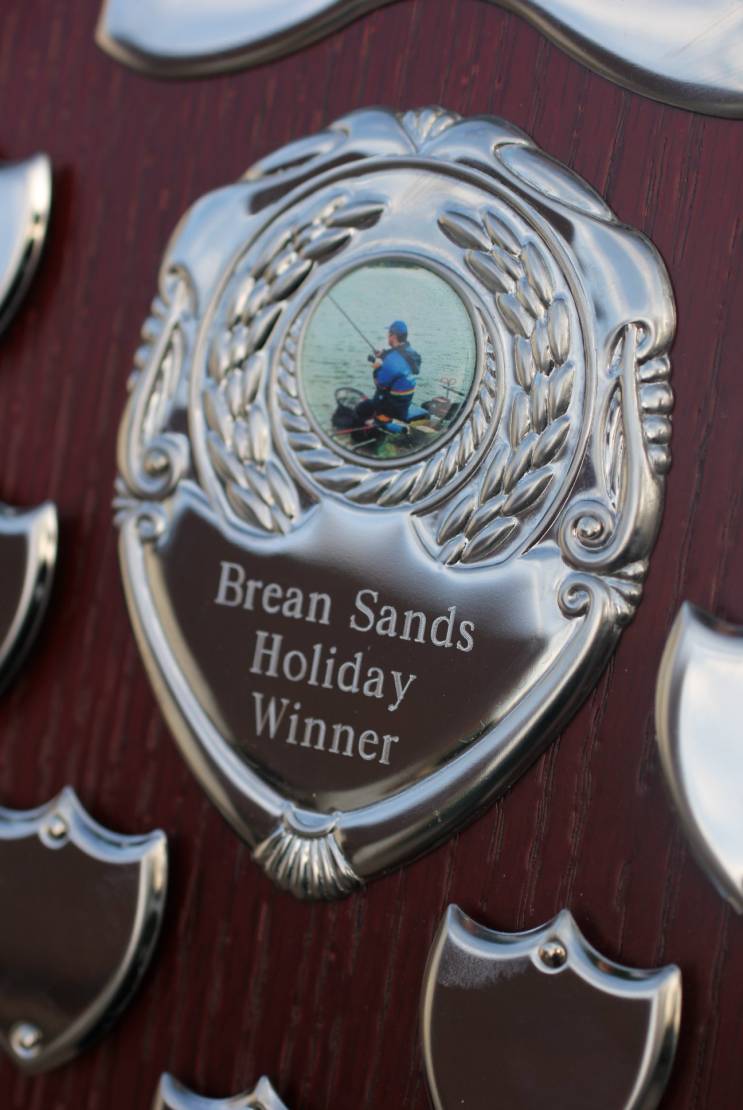 Day 4 and we were back at Avalon fishery. I drew peg 29 which has a lovely bay within the island. If the fish start to feel pressured they can quite often retreat to the back of this bay which is a difficult cast due to the overhanging trees. It was a simple set up again as I set up exactly the same as the last match on this lake. I decided to feed 8mm pellets 10m off the island. The reason for this if during the match the fish did back off the feed then they would have enough room to back off without going fully into the bay. Just after the half way point in the match I felt like I was 3-4 fish behind so I thought it was time to try the bay in the island which I had hoped a few fish had backed off into. The plan had worked and I picked off a few fish that were sat at the back of my peg. I had a total weight of 61lb which got me 2nd in the section. 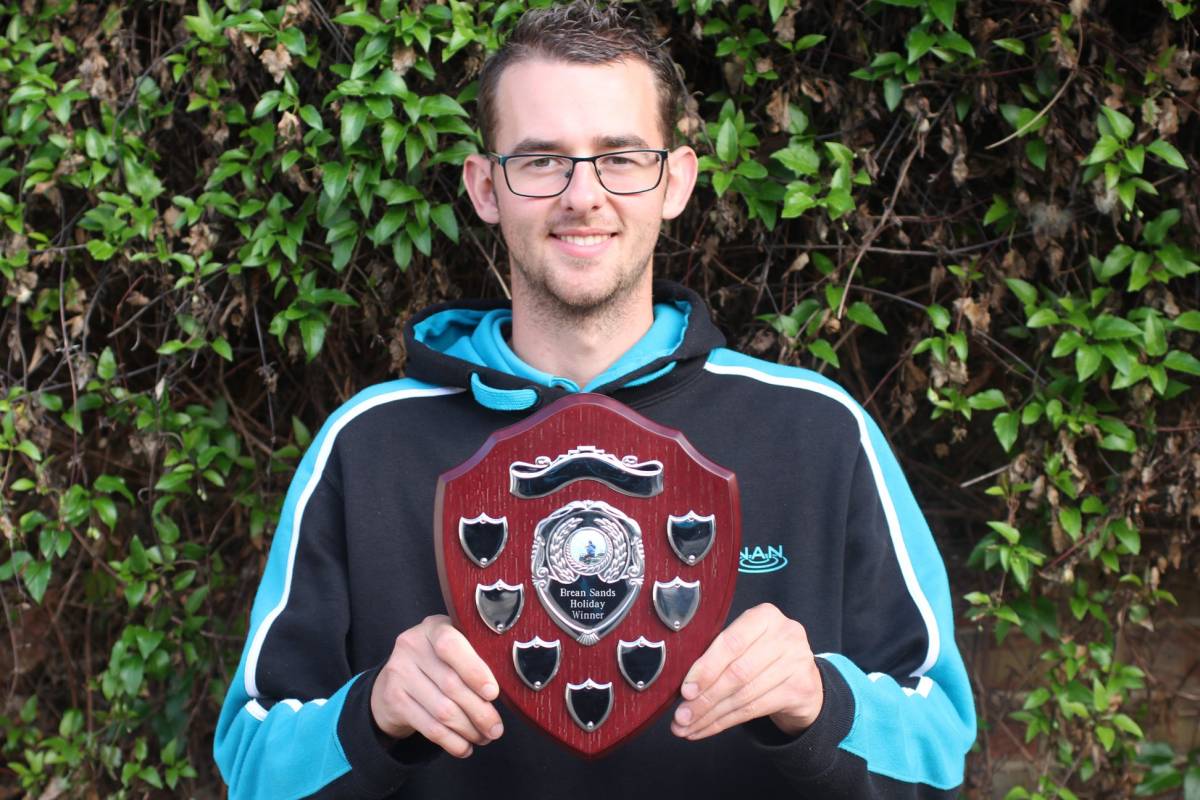 On the final day of the festival we was back at shiplate farm on another lake called west pool. I drew peg 14 and set up 2 edge rigs and a shallow rig for down the middle. I caught a few fish slapping down the middle whilst feeding 3 and 4mm pellets every 10 seconds to draw them up in the water. This produced a run of small carp until I went down my edge with paste. The great thing about paste fishing is you don’t always have to feed, as the lump of paste around your hook is doing that for you. I ended up with 29 carp which weighed 137lb which got me an important 2nd place in the section.

Over the week I had 3 section wins and 2 2nd’s securing 1st place overall just ahead of Chris Webb by 2 points.