This was a fantastic event run by Mark Hayes and Richard Taylor from Medway Tackle really making use of some of the best reservoirs on the south coast. 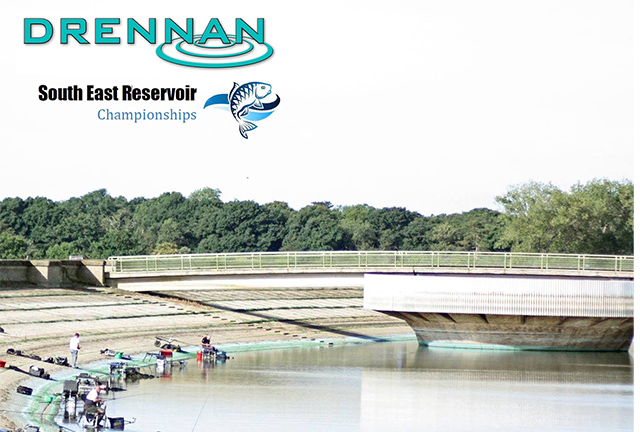 The famous Bough Beech dam wall and home of the final

Chris Vandervleit talks us through his weekend at the final…

One match that I have been really looking forward to this year was the Drennan South East Reservoir Champs final at Bough Beach Reservoir. The qualifying matches have been run to perfection by Richard Taylor and Mark Hayes. With the match spread over two days and on section points there was no room for error and a result less than second in the section would mean game over.

Saturday was an open draw and I drew peg 25 on the dam wall. Now this has always been a good area and probably the better end of the section. Tackle for the day was duplicate 12ft Acolyte Plus feeder rods fished at fifty metres. Duplicate 11ft Acolyte Plus feeder rods to be fished at twenty five metres. With no one else in the section setting up a pole up I decided to set up my Acolyte Pro Carp fished at eleven metres. I set up a selection of pole rigs ranging from 0.6 gram AS7 strung out shot rig to a 1.5 gram olivette bulked rig.

The first two hours of the match were spent on the fifty metre feeder line where I managed to catch a few Skimmers up to a pound in weight for about seven pounds and then the swim completely died. A look on the twenty five metre line and with no bites I decided to pick up the pole. A bite first look, I decided to stay on the pole for the rest of the match as no one around me was catching. The fish were very small but I was adding weight steadily.
Well this was probably my downfall for the match as the anglers who stayed fishing the feeder caught a steady run of fish in the final hour of the match. My 14lb 14oz was only enough for third in the section and almost game over for framing in the two day event. Mark Hathway won the section next to me with 17lb plus and Charlie Lovell was second with 16lb. 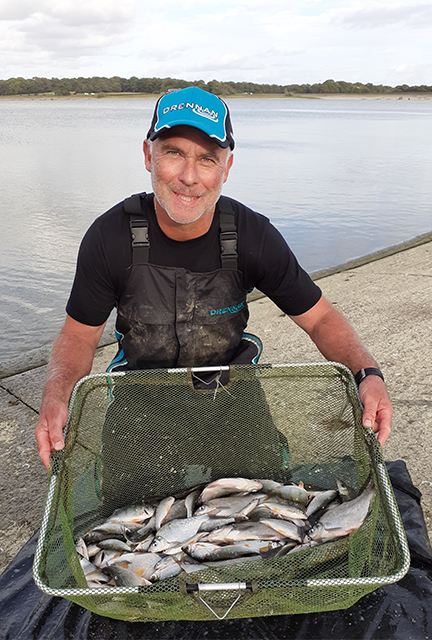 Day two and i was on the natural banks which have been the best areas for better weights. After drawing peg 35 on one tree point I wasn’t too disappointed as the peg won the section the day before. On arrival to the peg the wind was really strong and a quick decision was made not to set up the pole. In it’s place I decided to setup an Acolyte 8 metre whip fished with a short line rig which was a 1.5 gram Drennan Pencil float. The reason for this was that the whip is slimmer and there was a lot less wind resistance. With the flick tip removed and a number eight solid elastic fitted I was really confident that I would land any bonus fish and also get the fish out quick to avoid any nuisance Pike. Also, again I set up the same feeder rods as the day before but fished at 30 and 40 metres. All lines were fed the same as the day before.

The first hour of the match was spent fishing the feeder at 40 metres and with only five small Skimmers in the net it was time to have a look on the short line whip. First cast resulted in a 2oz Roach! For the next hour I caught almost a Roach a cast ranging between 1oz and 8oz until the peg died.

A quick decision was made to re feed the swim with four large balls of groundbait, again with plenty of casters and rest the line for a while.
After re feeding the whip line I spent over an hour on the 30 metre line where I managed to catch approximately 7lb of Skimmers. With this line fading fast I decided to spend the last forty minutes on the whip and I couldn’t get in quick enough catching 65 fish up to 8oz. My final weight was 26lb exactly for a nice little section win. 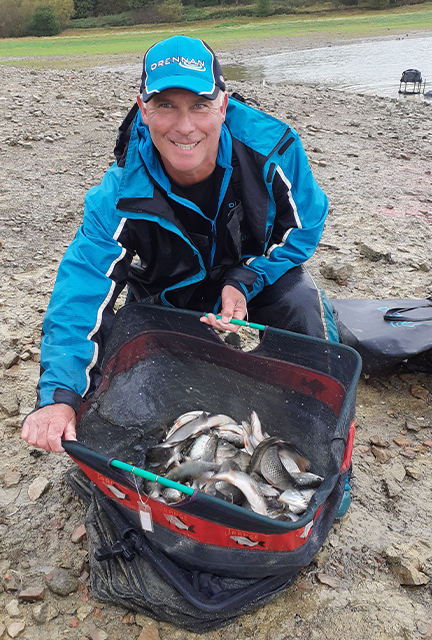 Well done to Brian Nesbit for becoming the first Drennan Southeast Reservoir Champ, my travelling partner and good friend Gary Miller on his second place and not to forget Nick Howell on his third place. Special thanks to Drennan for sponsoring the event and Richard and Mark for running the event. 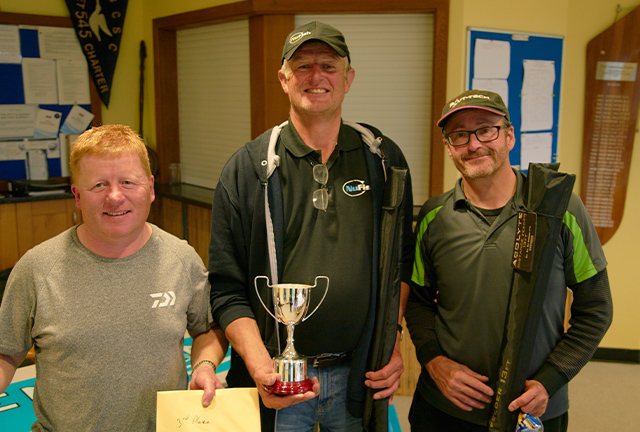