Keeping it simple with a piece of rolled homemade paste was the key to Derrick Knight’s capture of this 7lb 7oz personal best chub. 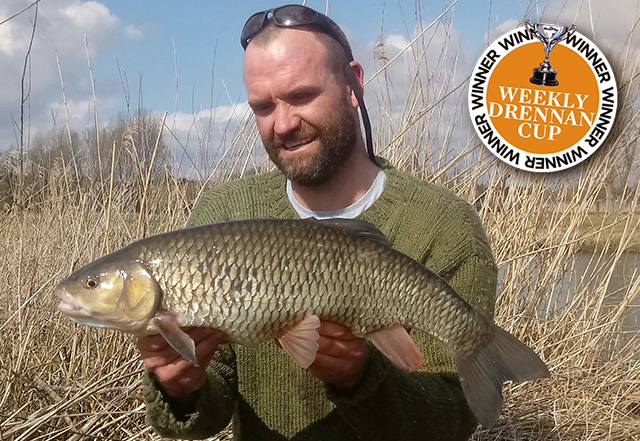 Targeting the Hampshire Avon at the end of the river season, the fish marks the culmination of a campaign to catch three big fish that Derrick had first spotted six months ago.

“I spotted this fish back in the summer with two other good fish,” said Derrick

“I had a 6lb 7oz and 6lb 3oz in the previous two sessions and was hoping it was the same three fish and that the big one was still about. It turned out that it was!”