After a 17-year-wait tench fanatic, Dave Harman finally managed to beat his personal best with the capture of this sublime 11lb 10oz specimen. 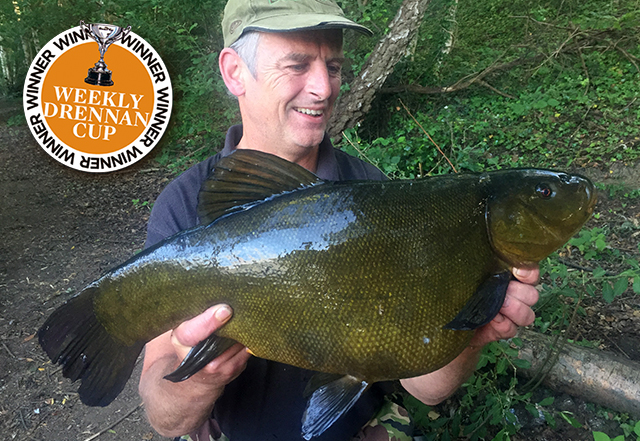 The 51-year-old banked one of the biggest tench of the season on the second evening of a three-day pursuit in search of big tincas on his local gravel pit.

Speaking exclusively to Angling Times, Dave described his session and the tench fishing on his local water of late.

He said: “I ended up back on the same water I fished last spring due to a mix-up with a different permit, but this actually paid off as I have steadily been catching numbers of tench to 9lb-plus.

“However, over the last 3 weeks, the fishing has slowed considerably with just the odd fish coming here and there.

“So when my alarm sounded and I realised it wasn’t a bream, my heart was in my mouth.

“The tench put up a good battle after making a powerful initial run and it wasn’t until I placed her on the mat that I noticed her bulk.

“This is the largest tench to come from the pit in recent years and although not the 12lb fish I would dearly love to catch it still put a massive smile on my face.”

This was fished helicopter style above a 60g open end mesh feeder and cast to a gravel bar at 60 yards over a bed of casters and mixed particle baits.