“My home in Kent is about 160 miles from the Trent so it takes me around three hours to travel there, but with the weather conditions absolutely perfect I just had to go” 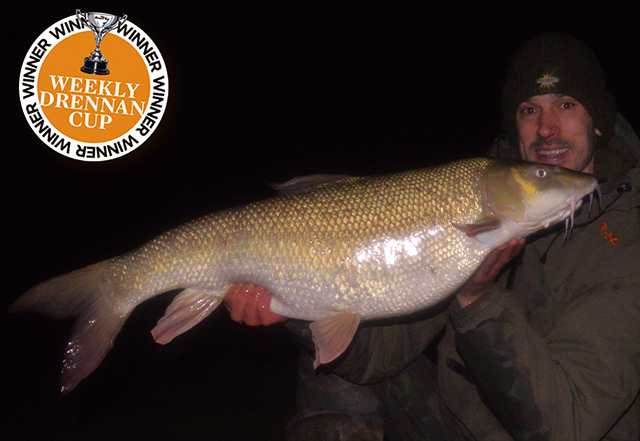 I could’ve fished a venue closer to home although I thought there was a better chance of a proper lump from the Trent in the winter, but I never imagined I would end up holding something this huge.

I remember during the fight it just stayed deep using its weight to hug the bottom and I could tell it was a lump because it was a completely different fight from a 12lb 2oz fish I had caught earlier.

Everything went according to plan and she slid in the net on the first attempt.

At this moment I saw the tail sticking out my Drennan 28″ landing net and I knew then it was something special.

Not only was it long but it had a massive belly too – an absolute beast!

I was just getting over a bad chest infection and hadn’t been fishing for over a month, so these barbel really cheered me up”