“I saw this massive pike follow it in and take the bait!..” 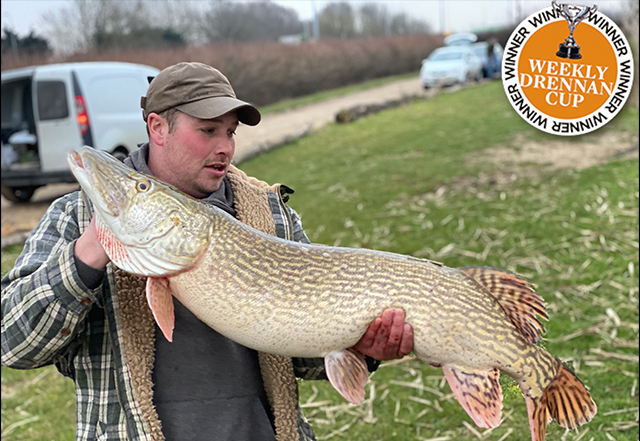 Daniel Dale finished off the pike season in style when he banked this 31lb 4oz specimen which obliterated his personal best!
Targeting a local stillwater, Daniel had been fishing two dead bait rods all day without any joy, and with the fishery about to close, he decided to inject a bit of life into his six-inch roach baits.
He told us “I had 20 minutes left, so gave my baits a jerk to see if I could stir something into taking, nothing happened with the first rod, but after lifting the second I saw this massive pike follow it in and take the bait! It gave a strange fight, causing more commotion on the bank than in the water, but I’m absolutely chuffed with the fish.”