The largest of the five barbel reported fell to Dan Gale in the form of this stunning 16lb 9oz beauty. 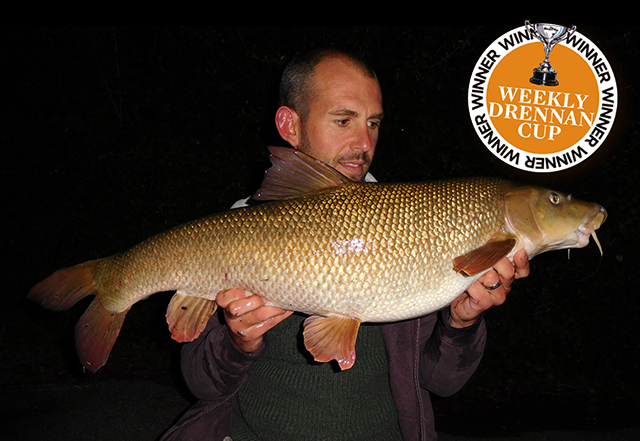 The Hampshire-based specimen hunter, who received a weekly Drennan Cup award for a 3lb 8oz rudd in the previous issue of Angling Times, continued his incredible run of form when a recent trip to the River Itchen turned into gold.

Speaking about his catch, Dan commented: “I believe it to be the largest barbel in the river, albeit not a record for the waterway at its current weight.

“It was hooked just after dark using an adapted inline feeder filled with halibut pellets, along with a single 6mm pellet on a size 12 hook.

“This was fished onto a small gravel patch in a clearing between weed beds.

“Although it seemed to take an age to bring to the net, most of the fight involved the fish moving from one weed bed to another without making any strong runs.

“When I finally got her in the net I couldn’t believe my eyes.”