There’s only a handful of bream in Dai Gribble’s chosen lake but he managed to winkle one out in the form of this fantastic 16lb 8oz specimen. 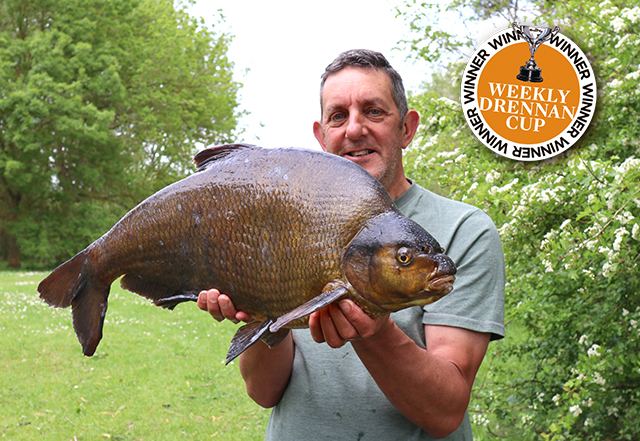 The two-time Drennan Cup champion targeted an area of silt and gravel at 60 yards during a 48-hour trip to a difficult southern gravel pit and was rewarded for his efforts at around 1pm during the second day. To draw the bream into his swim he fed 2kg of Sonubaits Superbream groundbait, hemp, pellets and worm, and fished a helicopter rig over the top incorporating a worm kebab hookbait. He told Angling Times: “It was a classic bream bite with a huge drop back registering on the indicator, but there are so few bream in here I wasn’t sure if it actually was one. “My doubts were silenced though when this big, old slab surfaced and slid over the net!”