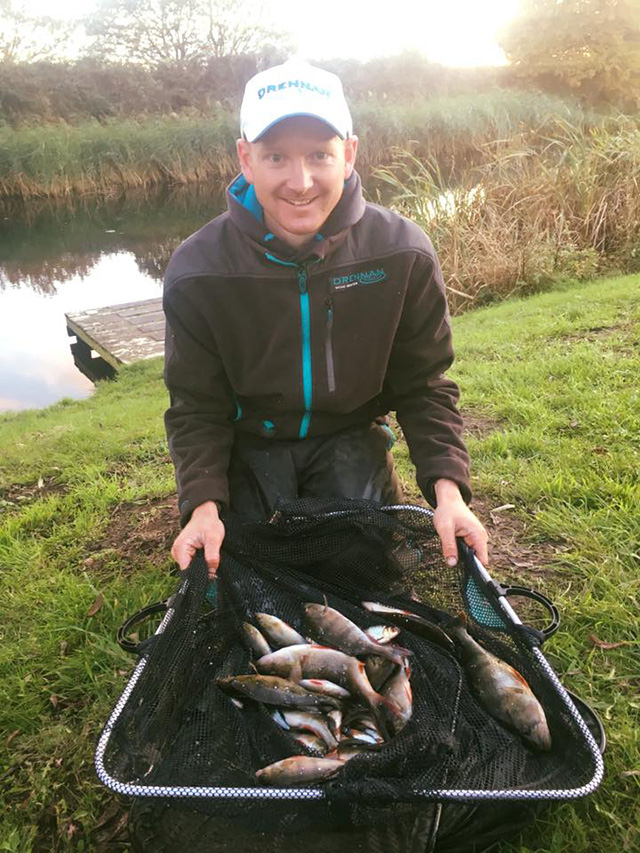 Their perfect 6 point tally was crowned by final round victory on a very hard Selby Canal, where Matt Godfrey topped the individual scoresheet with 4lb 11oz of worm-tempted perch.

“It’s been five or six years since we last won all six rounds. We fielded a different team for each match, and 18 of our 21-man squad fished at least one round. So overall it’s a very satisfying squad effort,” said Drennan Barnsley manager Glenn Lawrence.

“The final will be fished on the Fen Drains and Decoy Lakes near Peterborough for the third successive year. We’ll be doing our very best to win the title again.”

Despite finishing 15 points adrift, Sensas North will join Barnsley in the final after pipping 2016 champs Browning Ossett for second place in the division.