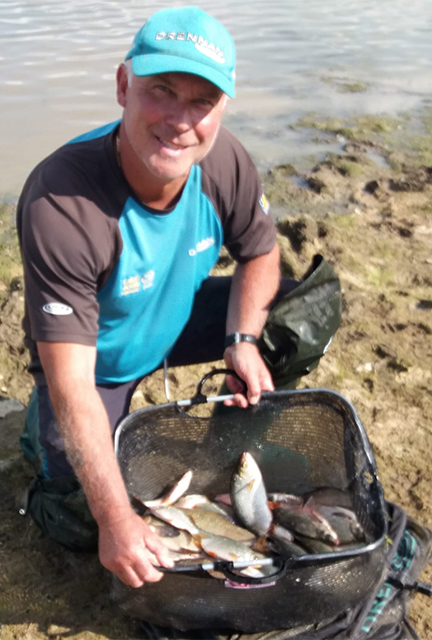 Chris talks us through his matches,

With the loss of the Feeder Masters Final at Bough Beach it was great to see the launch of the Drennan South East reservoir champs being run by Mark Hayes, Richard Taylor and Ken Crow. With seven qualifiers being spread across three Reservoirs, Weirwood, Ardingly and Bough Beach I decided to enter all of the Bough Beach rounds.

Round one was going to be an unknown quantity for me and with a practice match the week before I closely followed the results. The match was won by Darren Davis from a peg on the yacht club bank with twenty plus pound of pole caught Roach and with this in mind it was going to be my main line of attack.

On the morning of the draw the talk of the area to draw was Grassy bank and I was lucky enough to draw there. Not only was I in the right area but I was also an end peg 60. My first question to the venue regulars was, it a good pole area, the verdict was no as the water level was too low, there was only about two foot of water.

On arrival to my peg there were a few fish topping which is always a good sign. After getting the platform and box settled the first rods out of the bag were the 13ft Acolyte Distance feeder. This was to be fished at 60m where I had found six foot of water and the 12ft Acolyte Ultra to be fished at 30m where I found exactly the same depth. Then out come the Acolyte Pro pole, well it soon went back from where it came from due to the peg being only two foot deep and full of weed at fifteen metres out. So the main line of attack was the feeder. At the start of the match both lines were fed heavily with Mainline Sweet Marine Groundbait loaded with chopped worms and casters via a large Drennan Grip Mesh feeder.

The first hour of the match was spent fishing the 60m line and with only 6 fish in the net I decided to have a look on the 30m line. First cast a small Skimmer of about six ounces graced my net after several more casts I scaled down the feeder size to a small grip mesh feeder as I was getting bites instantly. For the rest of the match I stayed on this line catching plenty of Skimmers upto 2lb and Roach for a final weight of 32lb 8oz. Unfortunately this was only second in the section as Colin Ryall three pegs away caught 36lb to win the match, the section and took the qualifying spot for September’s final.
Best hook bait on the day for me was three floating red maggots on a Kamasan B512 size 12 hook attached to 0.16 Drennan Flourocarbon line.

Round four was my next visit and I was really looking forwards to the match. Again I really fancied fishing the pole, I drew Grassy bank peg 57. For company on my right was Darren Davis who fortunately for me had already qualified for the final. On arrival I noticed that the water level had really dropped and the weed that I was plumbing up in at 15m was where we sat. This time on plumbing up there was no weed and slightly more depth at 13 metres.

Again out come the Acolyte 12ft Ultra feeder rod this time only to be fished at 25 metres. At the start, the feeder line was fed the same way as the first qualifier. On the pole line I balled in eight large balls of Mainline Pro Active crammed with Casters. Darren on my right started on the pole and caught small Roach from the off. My feeder line never really got going so I was quick to change to the pole and started catching instantly.
With only qualifying on my mind I only had to beat the Anglers on my left and I tried to ignore Darren. Well I didn’t and we had a great battle with Darren taking the honours weighing in 43lb 4oz to my 38lb 10oz. This put me second in the section and third in the match. But with Darren already qualifying this gave me a place in the final.
Best rigs were 0.4 and 0.6 AS7 pole floats fished with a bulked shot 0.12 Supplex main line and hook length and a B511 14 hook. 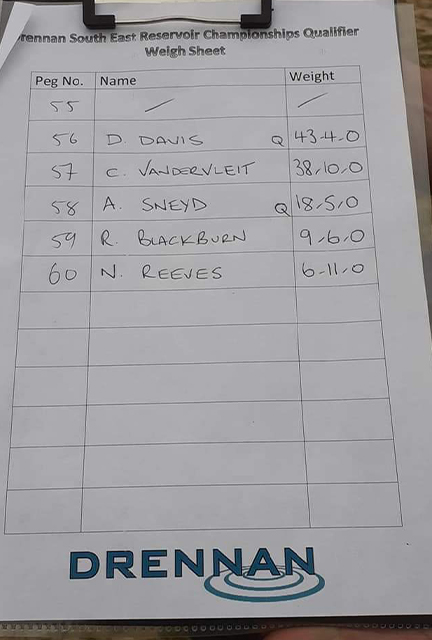 Chris and Darren Davies are through to the final

Round five and another great days fishing and again I was on Grassy bank peg 59.
This time the pressure was off as I had already qualified. Same tactics as the previous matches but I had to come off the pole this time as the Roach were way too small compared to the anglers to my right. Had another enjoyable days fishing weighing in 35lb 8oz for third in the section and also the match. Match organizer Richard Taylor won the match with a massive 69lb of Roach! Really looking forward to the next round this weekend and final in September. 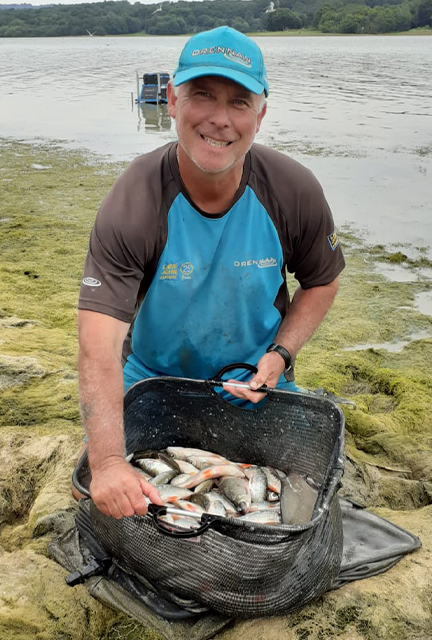 What a days fishing! Chris and his 38lb 10oz bag of Skimmers and Roach