“It weeded me up initially, putting up a dogged fight before I finally slipped the net under it.” 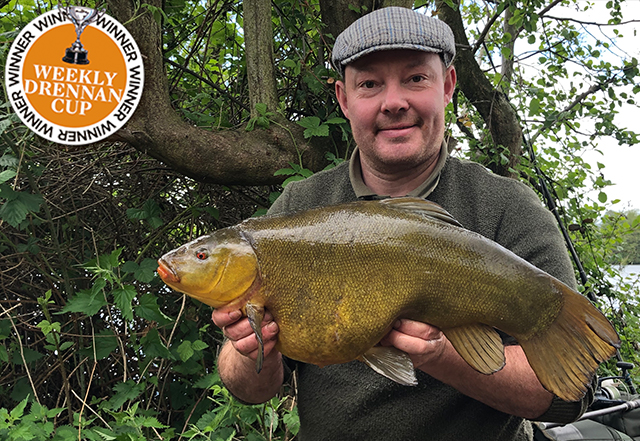 It’s been a cold start to spring, which has certainly set the tench fishing back a bit for most anglers. But they’ve started to wake up now, as 42-year-old carpenter, Chris Taylor, found on a recent session, when he landed this immaculate 11lb 4oz specimen.

It was his fourth session of the spring, and he was surprised to land such a good fish after the cold spell we’ve endured. “I fished in about five feet of water 50 yards out, and had a bite at 12pm,” he told us. “It weeded me up initially, before putting up a dogged fight before I finally slipped the net under it.” Three rubber casters fished on a size 16 hook to a braided hooklink did the damage for Chris.